Horror stories of violence, despair and abuse readily come to mind when some people think of life inside a children’s home but for student nurse Delate Howell, living at Wortley Home for Girls has been a blessing in disguise.

The 21-year-old university student, who is currently pursuing a nursing degree, has been living in a home since age 12 and has been a resident at Wortley Home on Constant Spring Road in St Andrew, since 2009, after being transferred from Homestead girls’ home in the parish. 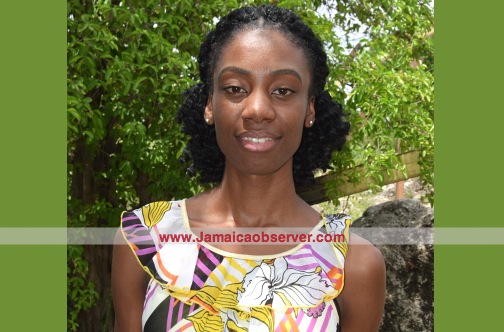 Howell and her older sister, who were abandoned by their parents, were forced to take shelter in a home after their grandmother, who they were living with, encountered difficulties and could no longer care for them.

But the Meadowbrook High School past student, who gained eight Caribbean Secondary Education Certificate subjects, said despite not knowing her parents and encountering challenging circumstances, Wortley home has afforded her opportunities she would not have received were she still living with her family.

“It has been a great experience ever since I came in 2009. Honestly, being here has helped me to develop a lot because it’s a home, not in the sense that it’s a girls’ home where you are locked away from society, from everybody; it’s like a home where you go out once you ask permission and persons come and we get to socialise with them,” she explained.

“It has not been like a place where you are cooped up, you don’t relate to other people and you don’t get any opportunity,” Howell added.

She told the Jamaica Observer that before going to live at Wortley she had been a rebellious child, but all that changed because of the love, motivation and treatment she received at the home.

When asked about the negative experiences that people often associate with living in an institution, Howell said: “I guess it is where you live because when I was at Homestead it was completely different because it is a facility that houses more aggressive girls and you don’t get the opportunity to go out. You might have visitors every now and again and I would say you are propelled to be rebellious when you are there.”

However, based on her experience so far, Howell said her advice to workers at the different homes across the island would be to motivate and encourage the wards in their care.

“… Encourage them and just make them feel loved; don’t beat down on them if they do something wrong, scold them but show them a way to go forward, don’t just scold them and leave it at that.”

In the meantime Howell, who is temporarily residing at the SOS Children’s Village, said she is looking forward to returning to Wortley and is extremely grateful to all those who have helped to accumulate the funds to restore the home, which was destroyed by fire, last June.

“I am very much grateful and happy and I am thankful because there are many persons that came and gave donations, words of encouragement and helped us in any way that they can, so I am really really grateful,” she said.

Howell was one of four persons including Tanya Wildish, a member of the board of management of the Wortley Home for Girls, Board Chair Raphael Sangster, and Rev Dr Howard Gregory, Bishop of Jamaica and the Cayman Islands, who broke ground for the construction of the new home last Wednesday.

The home, which is estimated to cost $46 million, will be constructed by Food For The Poor under a memorandum of understanding with the Diocese of Jamaica and the Cayman Islands.