26 BABY DEAD A JUBILEE BECAUSE A INFECTION 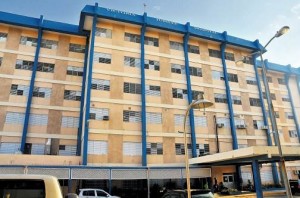 In a stunning twist to the recent tragic deaths of newborns at the Victoria Jubilee Hospital (VJH), The Sunday Gleaner has received a copy of a report requested of and submitted by VJH officials, which showed that 26 babies had in fact died at the institution between August and September of this year.

Far more than the seven deaths that were initially reported when The Sunday Gleaner broke the story on October 9, and the four deaths that were acknowledged by the Ministry of Health at a press conference days later. This represents an approximate 550 per cent increase from what the ministry is reporting.

The babies reportedly died after contracting an infection from their mothers during vaginal delivery at the hospital.

After the story broke, Health Minister Dr Christopher Tufton called for an investigation into the incident and convened a committee, which was charged to review the cluster of cases of Group B Streptococcus (GBS) infections at the VJH – said to be the cause of the deaths – and report on the findings.

The Sunday Gleaner was told that the VJH was requested to prepare a report on the incident, which was, in fact, made available to the committee before they prepared the official report that was released at the press conference on October 13.

However, contrary to the VJH report, which outlined an increase in the number of babies diagnosed with GBS and a significant increase in those dying from it – identifying 26 deaths in two months alone – the official report released by the committee only spoke of eight babies being infected, four of whom it said died.

In the VJH report, a copy of which was obtained by The Sunday Gleaner, it said, inter alia, that “ten of the babies died in August”, with 60 per cent occurring in infants described as having “very low birth rate”, and of the “16 deaths in September up to the time the report was submitted, 60 per cent were infants weighing an average 2.5kg (5.51lb) – suspected sepsis cases”.

It also said GBS – a bacterial infection found in the pregnant woman’s vagina or rectum – was the culprit which led to sepsis, septic shock and death.

At the press conference held at the health ministry’s New Kingston office, journalists were also told that GBS could not be transferred from individual to individual, and the mothers were identified as the primary transporters of the microbe to their newborns.

In the VJH report, it acknowledged that it did not know the GBS status of the mothers, especially those who “went into premature labour” and those with any recent history of “vaginal discharge or urinary tract infection at least four weeks before delivery …”. However, it did say that “the mothers were the primary source, with the delivery ward being a distant second option”.

The VJH report also said the microbe can survive outside the body for up to seven days. Despite this notation, however, it said the hospital environment was ruled out as the possible “culprit”.

Additionally, contrary to the denial by VJH officials that the labour ward was shut down for a terminal sweep, the report said the hospital acted on the recommendation and carried out such.

The VJH report detailed several issues and made a number of recommendations. The committee did, in fact, accede to some of those recommendations. Among them was the swabbing of pregnant women for delivery at the hospital.

The Sunday Gleaner was told that the VJH report came on the heels of a noxious report that was done by the Kingston and St Andrew Health Department, which raised concerns about the number and frequency of deaths occurring at the premier child-delivery facility in the Caribbean region.

In early October, hospital officials initially denied the deaths when a Gleaner reporter first raised the issue during an interview at the Kingston Public Hospital (KPH). However, insistence on the part of Sunday Gleaner sources and other hospital officials forced a second look into the matter, at which time there was confirmation.

On Wednesday, Tufton is scheduled to answer questions on the issue in Parliament that were tabled by Opposition Spokesman on Health Horace Dalley.

In the meantime, shortly after the babies’ deaths were made public, at least one organisation had called for independent health experts to review the situation.

In a statement, the Women’s Health Network (WHN) expressed disappointment that the committee established by the health ministry was bereft of individuals with the required technical skills for the findings to be deemed credible.

“Although we welcome the decision to investigate, we are taken aback that the honourable minister has convened a committee without the technical skill set to investigate a hospital infection outbreak, as doing so will not inspire public confidence in its findings or recommendation,” said WHN in the statement.

“While we recognise that the members of the committee are eminently qualified in their various fields of technical vocation, to use them in this manner, in our view, amounts to misappropriation of expertise.”

In a statement to The Sunday Gleaner yesterday, SERHA’s chairman Armstrong said, “At the October 13th press conference, we reported specifically on the babies that had died from Group B Streptococcus (GBS). In 2016, eight babies were born with GBS, all of which were treated with antibiotics. Unfortunately, four of those babies died in September.”

He also noted that “40 babies have died at VJH for the period July-September, inclusive of the aforementioned four from Strep B. The majority of the other babies were premature and weighed less than 2kg at birth. They were born with low Apgar scores, and the cause of death was deemed to be mostly from respiratory and cardiac related issues. All deaths are viewed with equal importance, and our teams do everything they can to prevent them.”

11 thoughts on “26 BABY DEAD A JUBILEE BECAUSE A INFECTION”