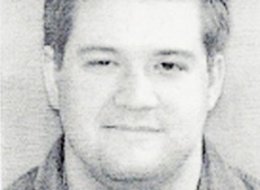 A North Carolina man has been arrested after police say he spent five days hiding in a 14-year-old girl’s closet and sexually assaulting her at night.

Authorities said Workman chatted with the teen on social media for about a month before deciding to meet up in the woods near the girl’s home.

The teen invited Workman to stay at her home, where she lived with her parents, on April 27, according to WTVR.

The suspect managed to stay there for five days, allegedly sexually assaulting the teen at night while her parents were asleep.

“Just the fact that he would be that brazen to come up here to meet a girl online and then would try to stay in her residence not knowing what her parents are or what they’re about,” Lt. Bill Hamby with the Iredell County Sheriff’s Office told the station.

The victim’s mother caught Workman hiding in the closet on May 2. Workman allegedly bolted from the residence and ran into the woods.

The mother called police, who used a K-9 unit to search for the suspect, according to WBTV.

Police said they believe Workman was able to initially evade by police by getting a ride in a vehicle. Officers said they were able to locate Workman based on his phone and wallet, which he dropped while running through the woods. Police dogs discovered the items.

Cops said the victim identified her alleged assailant by name.

Workman was found and taken into custody on Monday. In the past, Workman has been arrested for reckless driving, possession of stolen goods, probation violations, and eluding arrest with a motor vehicle.

“The internet has just ruined that poor girl,” the victim’s mother told WTVR. “She was very taken advantage of. I’m uncomfortable in my own home. I’m scared. I can’t sleep at night.”