7YO FOUND IN RIO COBRE RIVER 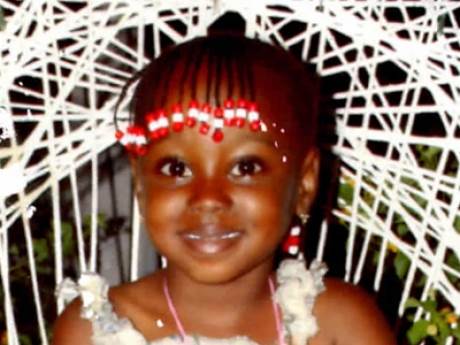 KINGSTON, Jamaica — The body of a little girl found floating in the Rio Cobre, St Catherine on Friday has been identified as that of seven-year-old Kadesha Cousins who was reported missing.
Kadesha had been reported missing since Wednesday.
The Central Village police said that she was last seen about 7:15 am at a bus stop in her community. An Ananda Alert for the seven year old was issued by the Jamaica Constabulary Force’s Corporate Communications Unit on Friday.
OBSERVER ONLINE on Friday reported that the body of a little girl was seen floating in the Rio Cobre.

0 thoughts on “7YO FOUND IN RIO COBRE RIVER”