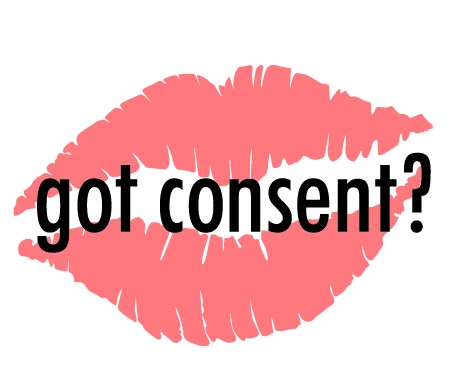 This is a collection of stories..if the story were about one person it would be easy to identify the victims so I have decided to put a few stories together for edification purposes only.


I was the most underdeveloped twelve year old in my lane.My chest was flat, I had no hips and I liked being around the older women in the lane and being the baby of the crew. They showed me more affection than my mother who slept all day and was away all night.
Being a part of the baby dolls crew meant living for me, they fed me, took me down-town to buy clothes every now and then, I was Baby Chin-Chin dolly. That’s the name they gave me, as a matter of a fact all the men in the lane called me by my name. My name was like a song to them, I heard it before they saw , they like the fact that I was young , alert and responsible. I was Mr. Chin’s child, I was told many years later.

At thirteen, my mother got a visa and ran off, she told us she was looking for a better life for me and my three sisters. We were left in our one room house and the our neighbor was told to check on us and give us food . I was thirteen and a big girl and was left in charge of everything else. Petal was eleven, Marshay ten and Candice nine. It was after I got older I realized that children had fathers, because for us there was never a man we saw more than twice. Karen (my mother) was the only parent we had.

Karen called once a month when she first left and gave Mrs. Reid our money for that month. She cooked for us, but when the money ran out, there was no dinner. Being the eldest , I felt it was my duty to look out for my sisters; I went to my crew. They helped a lot but every time I went to them they would say ”Chin-Chin yuh a big gyal now yuh haffi guh duh road”. I never asked what doing road was because I felt as if I was already doing road, I went to the dances at night with them.

Six months after Karen left us she called to say she was pregnant with twins and that would help her to get her stay in the U.S. I began asking the crew for money for us everyday. Petal would sometimes come with me but when she got the money she went back home to study, she was the nerd of the four. I hung around because they were my friends and I enjoyed hearing them talk about the latest clothes and shoes. I was in the latest too, they made sure of that.
Skateland’s big dance was coming up on Janauary 1st and the crew decided that we would wear the same color but different style school uniform type outfits. I opted for a white shirt and short pleated skirt and a black matey trampler. Gran-Gran dolly(Oldest in the crew) ironed my skirt and fixed the hem because she said the dressmaker made it too long. It was flared right below my ass , I loved the fit.

I met him at Skateland, he sent his friend to call , I went because I was curious to know who the boss was and I saw it was him. Gran-Gran dolly was watching me as I walked back to the crew, ”Him like yuh”?
”Look suh, him gi mi him number”.
That evening, I needed food again for us, so as usual I went to them, ”Call him man call him, we nuh have nuttin dis week, we spen up, memba a big year to year dance and we guh gud”.
I went home, we did not eat that night. We did not eat for two days. I hated seeing my sisters restless from hunger and went back to them , ”Still nuh get nuttin Chin-Chin, call him, we really nuh have it”. Hunger took over on the third day and I went back to them, to use their phone to call him. He sent someone to pick me up and I met him at the studio . We talked,he asked about my family, I told him about my sisters. He gave me $2500.00, money Karen never ever gave us. I went home, we ate, I bought clothes and some shoes, and gave $500.00 to my sisters.

His friend came again to get me, I went to see him, we talked he gave me money and I went home. It was easy.

Karen called when I turned fourteen to say happy birthday I handed the phone to Petal because his friend was outside and I was on my way out. He took me to meet his mother, she asked if I was in school, I said yes and she told me I could stay in her house if I didn’t feel like going home. That night I stayed. I did not go home.

I called Gran-Gran Dolly to tell my sister that I was ok. It was painful, there was blood on the bed, he washed the sheets and made me stay inside all day. The next day I went home, got my unifroms and went back to his house. His mother was good to me.
One night, I put on the skirt I wore when we met at Skateland, he rubbed my leg and checked where the skirt stopped. At the dance like every dance he made me stand in front of him. That night I met Crabby. He sent a woman over to Gran-Gran Dolly and gave her his number for me to call him. Gran-Gran Dolly came over and whispered in my ears, he heard a fraction of the conversation and my legs were swept from under me and I was dragged out of Skateland and beaten all the way home. His friends saw, did nothing. With no one to rescue me, I was taken to his house, in his bed, my face a bloody mess. My nose was bleeding, the side of my face , my whole body was in pain. He wanted sex, I weakly tried to resist, he choked me and has his way, asking me while he humped me if I loved him. I said yes.

Three days later, I was allowed to go home , I checked on my sisters, gave them some money, his friend came back to get me and I was gone again.
One day after school, I saw a woman standing beside the security guard who gave me a strange look. I remembered her clearly because she wanted me to see her.
His friend came to get me most days , he never did. But everyone knew his friend worked for him and that woman knew him.
‘Yuh nuh know me, but yuh a young young girl what yuh a do wid a big man like my baby father”?
I knew he had children but never met the mothers. My eyes remained on the pavement while she spoke. ”Where is yuh mother”?
”If you sleep a him yard one more time mi a come back come tell yuh principal”.

I told him, he told me to go home for a few days, I called Crabby. He picked me up and I went to St. Thomas with him for the weekend.

Crabby was older, I would say around 54 , his penis small and soft. He gave me more money than he did.

0 thoughts on “A PEDOPHILE’S VICTIM PART 1”