A REVALATION OF FAITHLESSNESS- GOOD MORNING 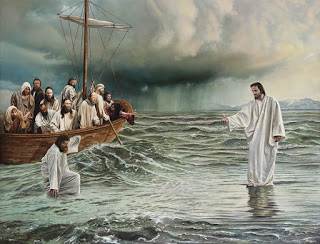 A man’s son is possessed with a devil, the man is so frustrated with not being able to bring relief to his son’s condition that he desperately seeks and finds the followers or students of Jesus (Christians).
He now begs the Disciples/Christians to deliver his son from this tormenting Devil. However the Disciple/Christian FAILED!!!!!!!
In his relentless pursuit to bring relief to his son, he now turns to the leader, being Jesus, complaining about the failure of his so called Disciples/Christians to fix what they were being trained to do.
Jesus’ response carried not only the tone of chastisement but embedded in his response was the revelation of why Christians systematically fail at the plots, plans and ploys of their adversary the devil.
Jesus said, “O FAITHLESS and PERVERSE generation, how long shall I be with you? How long shall I suffer you? Bring him here to me (Matt 17:14-20).
This scenario is displayed just about everyday in the life of the believer; the believer will continue to fail repeatedly until he discovers why he’s failing. To fail at anything, would suggest that something is lacking, that will normally bring about completion or order.
If I were to turn on my car and it fails to start, then something is lacking or out of order, and I must start the process of elimination to discover the point or points of failure, that once corrected will produce success or restore the person or thing to its proper functioning state.
Jesus used two words to identify the points of failure, faithless and perverse. Faithless is defined as: not having faith, faith is the word of God received, believed and acted upon. Perverse is defined as: to willfully determine to go counter or opposite to what is expected or desired or to deliberately turn away from a command, instruction or order.
So in essence this is what the revelation of what Jesus was saying, “You have failed because you lack confidence in God’s word which made you faithless, further more you willfully turned in the opposite direction of faith by desiring to do it your way which eventually produced fear, because the opposite of faith is fear, which made you perverse, which when concluded produced failure or a dysfunction.
Folks lets not make no mistakes here, Jesus is not talking to non believers, Satanist, witchcraft workers or folks who just don’t believe in him. Jesus is talking to you and me the Christians who are suppose to be fortified with the word, who were bought by the precious blood of Jesus Christ, equip and armed with the person of The Holy Spirit and surrounded by an Angelic host whom have been given charge over us.
Interestingly enough, Jesus isn’t just making this stuff up as he goes along. His statement is literally a principle. King Solomon in the book of proverbs 16:25 made it abundantly clear, he said, there is a way that seems right to a man, but at the end of his way he is guaranteed failure.
In conclusion folks, review the things God has asked you to do that you’ve failed at miserably. Now apply the law of faithlessness and being perverse. Ok! You seem to have a hard time with this, so let me help you, God said bless your enemies, but you cursed them, God said pay your tithes, but you didn’t, God said do good to those that hate you, instead you rendered evil for evil, God said that is not the mate I desire for you, but you willfully did the opposite, now you are divorced, God said stop worrying about tomorrow, but deliberately like with everything else you do the opposite of whatever God said, and because his word can not return to him void, and he is watching over his word to perform it……….. Then failure will be your guaranteed end result in your decision to travel in the opposite direction of his word.
By: Kevin L A Ewing
Posted by Kevin Ewing at 2:20 PM Links to this post

0 thoughts on “A REVALATION OF FAITHLESSNESS- GOOD MORNING”