Are you worried about developing breast cancer? Do you know how to carry out self breast examination to pick out any lump that could be suggestive of a breast cancer? To many women, regular self breast examination may be a burden, especially if not done by a woman that knows her breast very well. But for breast cancer, acupressure offer another alternative to detect breast cancer and other things that could be ailing the body.
Acupressure is a medical treatment used in traditional Chinese medicine, in which tight pressure is applied to specific points on the body that corresponds to various organs and muscles. The science is based on the belief that the entire body is made up of vital energy called “chi”or “qui” that flows through the body along invisible lines or “meridians”.
Left untreated, stagnant energy can lead to a host of medical problems, from minor ailments, such as insomnia and headaches, to diseases, including breast cancer. 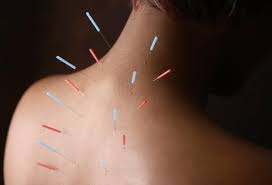 Chief Boluwade Ogunbodede, an acupressure specialist at Akawaye Naturopathic and Herbal Services, Iyere-Owo, Ondo State, said acupressure can detect diseases such as breast cancer by merely applying tight pressure to specific points on the palm because different organs of the body are connected to points on the palm and the sole of the feet.
Ogunbodede said, “diseases in certain parts can be ascertained by checking some pressure points on the palm or sole of the feet. Most of these points are located in the same place on both the left and the right side of the body.
“This is indicated in a chart. For instance, the hand valley point, which is situated between the pointer finger and the thumb, helps to get rid of stress, migraines, headaches and shoulder tension.
“The fleshy part of the palm that falls between the index finger and the thumb is where this acupressure point for diabetes lies. The point on the left hand close to the small finger represents the heart and when this is pressed and it gives pain, it is suggests that there is something wrong.”
Ogunbodede declared that if the centre of the palm is pressed and a woman feels sharp pain, such is likely to have a breast cancer.
“I have asked people to get tested for breast cancer after they experienced pain at the centre of their palm. The cases had ended up confirmed as breast cancer,” he said.
Nonetheless, Ogunbodede said acupressure can be used for treatment of many ailments either solely or alongside herbs.
“There are different points in the body that will be actuated twice daily in women with fibroids. This, alongside herbs, will make the fibroid to resolve in a treatment that will last for about three months,” he stated.
According to him, the herbs given will assist the acupressure to work faster.
How does acupressure work? According to him, “if any ailment is detected early, the appropriate point on the palm or sole of the feet, for instance, can be actuated to alleviate the condition. For instance, a roller can be used to apply pressure at such points on the sole of the feet.”
To hasten digestion, he said applying little pressure on stomach point just below the index finger on the palm help quicken it.
Early stage studies have also found that acupressure may ease breast cancer-related pain and fatigue. Scientists suggested that pressing on tiny seeds taped to the ear just three times a day appears to greatly relieve pain and fatigue in women with breast cancer.
According to the study published by an American Cancer Society granted in the September 2015 online edition of the journal Cancer Nursing, this is an easy and inexpensive way to help them relieve their pain at home.
Specific points on the ear correspond to specific areas of the brain, and these areas have a reflex connection with specific parts of the body. Stimulating the ear points can signal the brain to prompt reactions in the body to relieve symptoms such as breast cancer-related pain.
Also, a recent study in the journal of General Internal Medicine which evaluated acupressure for treatment of constipation found that it actually did. It tested whether training patients to massage the perineum, the area between the vagina or scrotum and the anus, would improve their reported bowel function and quality of life at four weeks after training.
A previous research presented at the European Society of Cardiology EuroHeart Care Congress revealed that medical yoga and acupressure reduce blood pressure and heart rates in patients with irregular heartbeat, a condition that can lead to blood clots, stroke, heart failure and other serious complications.