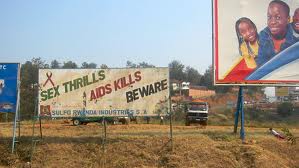 Aids been walking through debbie family ,her brother baby mom died few months ago from aids her name is *********, one of her neice whom im not sure but knowing debbie style they say was hooked up with a white man from abroad and over a period of time he was visiting back and forth from jamaica booking in hotels with the neice..so after his last visit few months ago .met low and behold i hear that after the white man fly back abroad he call debbie neice to tell her he is hiv positive for many yrs and she must have it to..so dem say debbie neice gone in hiding over 3mths now ..dem noh kno where debbie and her sister hiding her..met thing is debbie let her dunce families and children’s thinks the only way out in.life is to sleep with white man for money and bleach..thats the sad legacy she’s passed on to her families and they lapped it up..
Met dem say when the girl get the call from the whiteman she get panic an run go tell her friends and yuh kno inna ghetto a spread that spread then she dissapear ..an debbie a tell pple she fly out to save face ..as well as she can fly her out to fe guawn hustle a small island fe tek d gual money mine man ankeep up appearance
****MI NAH SEH WHICH DEBBIE OOOOOOOO..BUT DEBBIE KNOW HARSELF ****