ALKALINE SHOW IN UK CANCELLED DUE TO POLICE CONCERNS 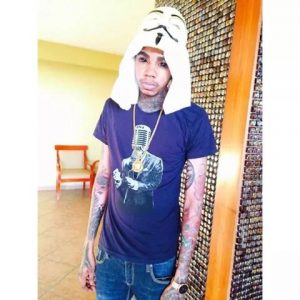 Dancehall recording artiste Alkaline has seen yet another damper on his UK Tour as his shows continue to receive cancellation.

Hours before the start of Alkaline’s second show scheduled for the Piccadilly Banqueting Studios in Sparkhill last Friday, the West Midlands Police announced on social media that the concert had been cancelled.

“If you’re planning on seeing Alkaline perform tonight in Sparkhill unfortunately we’ve had to cancel events due to concerns.” was the announcement sent from West Midland’s Police official twitter and Facebook accounts. They further explained that the decision was made following a meeting between the police, the promoter and the venue after receiving specific and credible information which raised concerns for public safety.

This comes one week after Alkaline’s first date in Luton was cancelled by the Bedfordshire Police, after they too had conducted a risk assessment and concluded that there was a risk of crime and disorder at the event.

Alkaline’s New Level Unlocked UK Tour is expected to continue with dates set for London, Oxford and will conclude in Bristol on June 18.