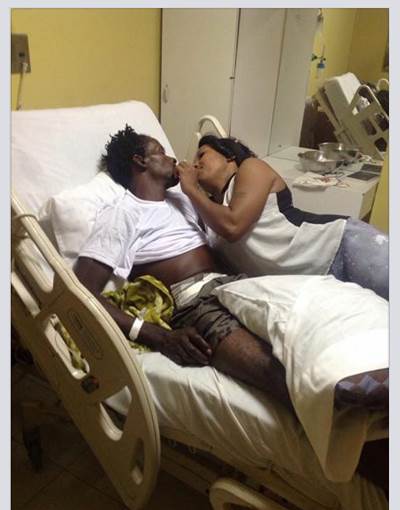 Dancehall’s newest sensation Gully Bop was on Tuesday released from hospital following a minor surgery to remove a hernia.
“He went in on Sunday and came out today,” manager and promoter Isaiah Laing told OBSERVER ONLINE Tuesday evening.
“The operation was successful [and] he’s home resting.”
Sting’s boss said because of the surgery his schedule had to be altered.
“That’s why we didn’t book any shows for him in January. We knew this was coming. He’s good to go for next month. He’ll hit back the road again in February,” Laing added.
Gully Bop/Countryman became an Internet sensation after a video of him freestyling lyrics to his song, Dem no Bad Like Me, went viral.
The song was later remixed by Claims Records and released in November.
Dancehall’s man of the moment released a new single earlier this month in what was a response to recent allegations from his former record label, Claims Records.
The single, titled Drop Mi, features rapper Imari and sums up Gully Bop’s version of the events leading up to him parting ways with the label.