ARE YOU BEING ATTACKED IN YOUR DREAMS-GOOD MORNING 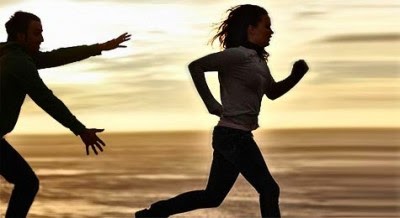 Are you being attack in your dreams?
Folks have to, at some point wake up to the reality that there are many among you that will do
everything within their power to see to it that you do not succeed.
Unfortunately, their efforts will not always be by physical means! Meaning, you will not know how or when they will attack you simply because for the most part there will be little to no evidence of approaching physical danger.
For this reason alone we must make serious efforts in regards to understanding our dreams. It is our dreams that’s revealing the origin of all attacks against us from a spiritual perspective. Our dreams are considered our spiritual monitors, revealing pending spiritual matters that desires to be manifested in our natural world, inclusive of pending dangers.
So, if you’re having dreams where someone is running or chasing you, then not only is this dream revealing an attack against you but more importantly it’s simultaneously revealing defeat and error on your end. Scripture tells us that The wicked man flees though no one pursues, but the righteous are as bold as a lion, Proverbs 28:1.
Based on the above scripture there is something terribly wrong if you find yourself as a righteous person running away from the enemy in your dreams. In fact according to scripture this is an error. Simply because scripture clearly says the righteous are as bold as a lion, meaning they are never afraid to the point where they run away from their attackers. Instead, scriptures reveals that the wicked runs even when no one is after him. Again, this scripture is revealing some startling facts in that those that are after you are more afraid of you than you are of them. However, they will always use the preferred method against the righteous and that is the weapon of “FEAR”” in an attempt to disable the righteous from resorting to his God given gifts, anointing and power to subdue his attackers.
Having said that, if you are being attack in a dream or even defeated it is a MUST! that you rebuke and cancel such dreams if you desire not for this dream to be manifested into a reality. In fact I strongly advise you read scriptures such as Proverbs 28:1 repeatedly prior to going to bed at night in an effort to build your spirit man to challenge the forces of darkness that will ultimately challenge your spirit during the course of your sleep.
Written By: Kevin L A Ewing
[email protected]