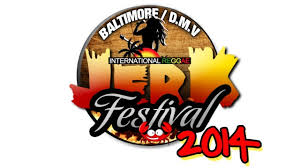 Dear Met,
The Baltimore Jerk Fest held on July 6 was a disgrace! Ras Prince, the organizer, is nothing but a thieving somebody. The whole thing was disorganized and it’s a shame to say the least. First thing, the website say tickets were $25 but them charge people $35 at the gate. They charge people $5 to park with no mention made that parking was paid neither on their site or at the event. Then after the ataclapse just to get in them never start the performances till after 9 when the show was supposed to end. Capleton, Sanchez, Mr. Easy, Alison Hinds and Baby Cham were to perform. Mr. Easy and Alison Hinds never get to perform and Alison Hinds was there for a fact because she tweeted it and she say the promoter Donovan Vassell didn’t handle his business backstage. Come to find out them never pay her and they were hustling backstage to pay all the performers. How Ras Prince think he can put on this show and don’t plan to pay the people them? And to add to the madness how you a go thief people money and still can’t pay who fi get pay. This Ras love money too much and love shortchange people. Him need fi stick to cooking.

139 Users Online
Back to top