He was busted by the fashion police.

A Bergdorf Goodman employee confessed to stealing at least $279,000 in merchandise from the swanky Fifth Ave. store and other businesses after a supervisor saw him swipe a pricey purse earlier this month, court records show.

Lester Thomas, a stockroom worker at the department store, was nabbed after a loss-prevention director spotted him putting a $3,600 Chanel handbag in his backpack and leaving without paying on the morning of April 17, according to a complaint in Manhattan Criminal Court. 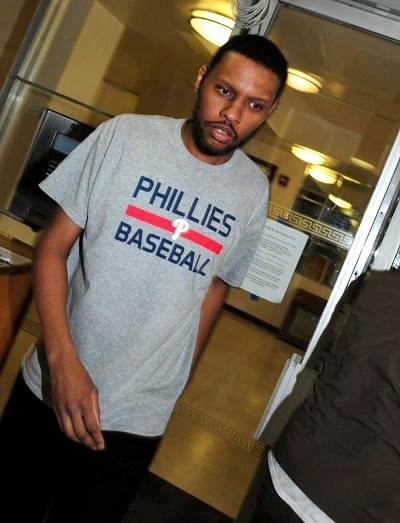 Shoplifter jabs Macy’s security guards with hypodermic needle
After his arrest, he admitted to investigators in a videotaped interview that he had been stealing merchandise from Bergdorf Goodman and other places since he started working at the hoity-toity store in 2005, according to court records. He said he swiped at least $279,973 worth of goods, court records show.

Thomas told investigators that he would then hawk the stolen items on eBay, court records show.

Manhattan prosecutors charged him with felony grand larceny for pilfering the Chanel purse.

Thomas has not yet been charged for the other thefts he confessed to, but the case remains open, authorities said.

Brooklyn teacher caught stealing from Century 21 department store
The Manhattan District Attorney’s Office also filed a civil forfeiture lawsuit against him last week. The lawsuit seeks to claw back the ill-gotten money he is accused of making from the eBay sales.

Thomas was released on his own recognizance and is due back in court on June 5.

When reached at his Concourse Village apartment, Thomas was nonchalant but declined to comment on the arrest.

“I didn’t know what to expect,” he said of his court appearance.

A spokeswoman for Bergdorf Goodman said the company could not comment on ongoing investigations.

The tony department store has been the target of crime by workers before.

In March 2016 an employee was busted for reportedly trying to smuggle three scarves and a handbag valued at $3,105 out of the store in her bra and underwear. She later confessed to having previously stolen $20,382 worth of items from the store.