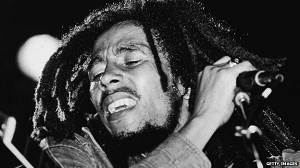 The High Court in London has begun hearing arguments in a copyright dispute over 13 songs by the late Jamaican reggae icon Bob Marley.

The publisher Cayman Music is attempting to retrieve the rights to the songs, among them No Woman, No Cry.

It claims they were not included when it sold some of its rights in 1992 to Blue Mountain Music, as Bob Marley had penned them under other people’s names.

But Blue Mountain says the songs were covered under the transfer deal.

The case is centred on an agreement the two companies signed in 1992, 11 years after the music star died of cancer.

Millions of dollars
A lawyer for Cayman Music, Hugo Cuddigan, said the songs, which were written between 1973 and 1976, were not part of the deal because they had been “fraudulently attributed” to other people.

Cayman claims Marley did so to avoid the provisions of his publishing agreement with the music company.

But Ian Mill, a lawyer for Blue Mountain, said the lawsuit had to be dismissed because the “plain intention” of the 1992 deal was to “transfer all rights”.

There are millions of dollars at stake in the case, and a verdict is expected by the end of this week.

In addition to the worldwide hit No Woman, No Cry, the titles under dispute are: Crazy Baldhead, Johnny Was, Natty Dread, Positive Vibration, Rat Race, Rebel Music (Road Block), Talking Blues, Them Belly Full, Want More, War, Who The Cap Fit and So Jah Seh.