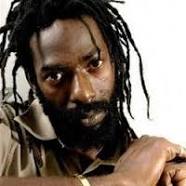 KINGSTON, Jamaica — A lawyer for convicted Jamaican reggae star Buju Banton says a U.S. federal appellate court has agreed to hear his appeal.
The Grammy-winning singer is serving a 10-year sentence for convictions on cocaine conspiracy and trafficking charges stemming from a 2009 arrest. He was convicted in 2011 following a sting operation.
In a Tuesday email, attorney Charles Ogletree says the full 11th U.S. Circuit Court of Appeals in Atlanta will hold a hearing on the case.
COURTROOM ARTISTS SKETCH Chris O’Meara/AP A courtroom sketch of Grammy-winning Jamaican reggae singer Buju Banton, at his sentencing on cocaine charges in Florida.
The decision comes after a panel of that court in 2012 upheld Banton’s convictions. His former defense lawyer had argued that a government informant improperly entrapped the singer.
Ogletree says Banton is pleased with the court’s decision. It’s not clear when the hearing will take place.