BUN OUT ALL DI RAPIST DEM 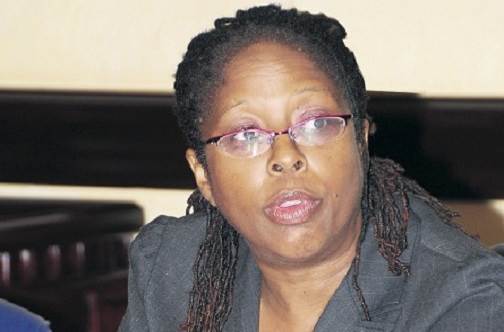 KINGSTON, Jamaica — Mayor of Kingston Senator Angela Brown Burke on the weekend urged comrades to speak out against child molesters.

“Too many of our young children are being raped,” Brown Burke argued.

The Kingston mayor also issued a challenge to all PNP councillors and members of Parliament to openly discuss the issue of child molestation, stating: “Every time we meet, make we talk about it because we have to protect our children.”

While other speakers focused on the impending general election and campaign strategies, the mayor used the platform to urge parents to be watchful of the men who interact with their children – not just the girls, but the boys as well.

“I want them to feel as if there is no space in the PNP for them,” Brown Burke added.

Molestation of boys and girls was not the only thing the mayor addressed. She also urged the comrades to be more vigilant parents and emphasized that they ought to pay close attention to homework in the new school year.

She encouraged parents to ensure that their presence is felt in the classroom.

Brown Burke, who received her PhD in Adult Education Literacy at the National-Louis University in Chicago earlier this year, made mention that as an educator, she knows that sometimes those who are trained to teach, may teach the students using easier methods than the parents.

She went on to encourage parents to work alongside the teachers to ensure that interest is shown in their child’s education.

0 thoughts on “BUN OUT ALL DI RAPIST DEM”