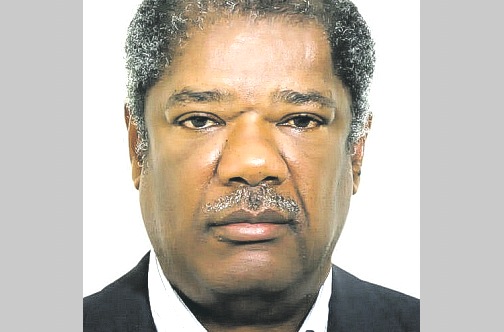 When Dudley Smith boarded his Caribbean Airlines flight to Barbados at the Norman Manley International Airport on August 26 he never dreamt that it would lead to his first arrest and detention.

He told the Jamaica Observer that he was wrongly arrested and charged for disruptive behaviour on the flight after he refused to relinquish his seat which appeared to have been mistakenly assigned to another passenger.

Smith said that the night before his flight he used the airline’ Web check-in feature and selected seat 11F. Immediately after, he said he received a confirmation e-mail with the corresponding boarding pass, which he printed the day of the flight.

Having had everything checked and verified at the airline counter, Smith then proceeded to board the aircraft and take his seat. As he settled, he said the problem began.

“I was in my seat for about 10 minutes when I was rudely interrupted by a woman who demanded that I vacate the seat. I showed her my boarding pass and she said she had 11F. I told her that she should sort that out with the crew,” Smith recalled, noting that the woman left.

“An air stewardess came and told me to hand over my boarding pass, which I did. She told me that I should vacate the seat and move to 5F. I asked her to give me one cogent reason why I should remove from my seat and also tell me what my rights were. She took the boarding pass, went out of my sight and returned with 11F crossed out in ink and again repeated that I should remove. I told her I believe she has no right to go and do that change. She called in the airport police authority,” Smith stated.

When the police personnel arrived, he said, they asked about the problem and he told them the same thing that he told the flight attendant. The security personnel, according to Smith, conferred amongst themselves and requested that he place his bag in the overhead hatch as he was seated at an emergency exit.

The aircraft then left for Trinidad & Tobago, Smith being of the view that the seat matter had been laid to rest.

Though nothing was said in the roughly two-and-a-half hours flight enroute to Piarco International Airport, Smith shared that when the aircraft landed, the flight attendant approached him again.

“When the plane was nearly half full in Trinidad, the same stewardess came and again told me to vacate the seat. I told her that I thought the matter was settled in Jamaica and I would like not to be further harassed on the 45-minute leg to Barbados. Another stewardess came and asked me if I am saying that I am not willing to move and I answered yes. I even pointed out to them that they could have taken the seat if they so wished when I went to the restroom, which took about 10 minutes because of a queue. They left,” said Smith.

“I got up from seat 11F and was moving towards 5F when I observed that the captain’s door was opened and he had some crew. I went a couple feet from them and asked why I am being harassed on the plane but no one answered, so I left and sat in seat 5F,” he added.

Shortly after moving, he said, the Trinidad and Tobago airport police boarded the aircraft and instructed him to leave the plane to talk to them on the outside, to which he adhered.

“When I went onto the tarmac, they ordered me to get into the vehicle. He (an officer) said you’re not under arrest as yet, or something of the sort. I said ok, fine, because I did not want to get into any ruction with them. As far as I am concerned he was goading me and asking ‘why didn’t you get out of your seat?’,” he recalled of the exchange.

After this exchange, Smith said the officer returned and read him his rights and informed him that he was being charged for disruptive behaviour on a Caribbean Airlines flight.

He was detained until the 29th of August – two-and-a-half days and three nights – when he was brought before a judge.

“Obviously there was an incident on the aircraft which led to Smith being charged. He was charged for behaving in a disruptive manner on board a Caribbean Airlines flight. I made legal submission to the court basically saying that I was of the view that the charge was unsubstantiated as there was no evidence to support the charge. I made a preliminary legal submission to court and the court agreed to the submission and the charge was dismissed,” Cazabon said when asked about the case.

“The reality is that the other passenger was a white woman and he was a black man. I don’t know if that had a role in the way the situation was handled, but Mr Smith was charged, which, to me, was unfounded because Mr Smith remained calm, he never used offensive language, he never threatened anyone, he just stood his ground,” Cazabon added.

Anxious to continue his journey, Smith was scheduled to leave the evening after his court appearance but again ran into problems with the airline.

“Further to the humiliation at the Piarco airport on Monday, August 29 where I was booked onto an onward flight to Barbados, I was again checked in, issued with a boarding pass and then turned away at Caribbean Airlines’ boarding gate as Caribbean Airlines decided at that point not to cover the cost of the flight to Barbados, though I contended that I had already paid for it,” Smith stated.

He said that it was when he purchased another ticket that he was allowed to board the aircraft.

Highlighting that the ordeal has negatively affected him, Smith told the Sunday Observer that he intends to take legal action against the airline.

“I was confined to a cell and repeatedly denied telephone calls and any other means of communication with contact persons in my travel documents. I was literally lost. My relatives and friends in Barbados, Jamaica, UK and the USA were left traumatised, being denied any information as to my whereabouts. They were even told that I did not board the plane in Jamaica, there was no incident on Flight BW415, and I did not disembark in Trinidad,” he stated.

“I developed medical complications in the cell, which includes swollen feet, and was ignored when I asked for medical attention. I have also been having backaches which may be as a result of sleeping on the concrete slab and not being given my prescribed medications routinely for my predisposed conditions. The experience has been having a debilitating effect on my well-being, which includes flashbacks and nightmare, serious damage to my character and reputation as I have never been cautioned nor arrested.”

When the Sunday Observer contacted the Jamaican office of Caribbean Airlines, the call was transferred to the head office in Trinidad where the paper was asked to send an e-mail outlining the issue.

A day later, Head of Corporate Communications Dionne Ligoure stated that the matter would be investigated.

“I would need to investigate these allegations before any response can be offered. I will be in contact with you next week,” Ligoure said.

There was no immediate response from Jamaica’s Ministry of Foreign Affairs and Foreign Trade.