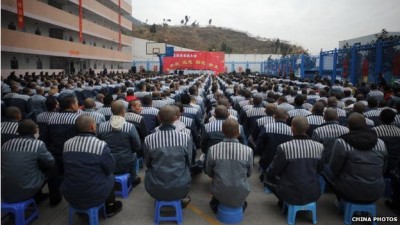 China said it would halt harvesting the organs of executed prisoners for transplant beginning next year, following longtime criticism from human-rights groups, though the change could add uncertainty to China’s organ supply.
Chinese officials will stop using the organs of inmates beginning Jan. 1, nearly three years after Beijing first said it intended to stop the program and create a national organ donation system. While China already forbids organ donations without the consent of the donor or the family, critics have said inmates can feel pressured to sign away their organs and that the source of organs isn’t well supervised.
“This is the only way to go,” said Zhao Hongtao, an assistant to Huang Jiefu, director of China’s Human Organ Donation and Transplantation Committee. Mr. Zhao said the directive issued on Wednesday was aimed at hospitals, which harvest the organs and play a key role in the trade.
Authorities haven’t publicly released details, so specific changes to China’s organ-donor laws aren’t clear.
Officials have previously said that China depended for years on executed prisoners as its main source of organ supply for ailing citizens. About 65% of transplants in China use organs from deceased donors, over 90% of whom were executed prisoners, according to a 2011 paper co-written by Mr. Huang in the medical journal Lancet. The paper said China is the only country that systematically uses organs from executed prisoners.
Human-rights groups say the harvesting is often forced and influences the pace of China’s executions. Mr. Huang has been quoted in state media reports as saying that the rights of death-row prisoners have been fully respected and that the state asks for written consent prior to donation.
The shift calls into question where China will get its organs. Due in part to traditional beliefs and distrust of the medical system, voluntary donations are rare in China, where the need for organs far exceeds the supply.
According to an online survey done in May by the China Youth Daily newspaper and the website qq.com, fewer than half of more than 40,000 young Chinese people wanted to be organ donors. A 2012 online survey of all ages showed that 66% don’t want to donate.
Neither China’s National Health and Family Planning Commission nor the Red Cross Society of China responded to requests for comment.
Chinese officials have previously said about 10,000 transplants are performed each year in China, but Mr. Huang says 300,000 Chinese people urgently need transplants each year.
In the U.S., nearly 124,000 people need a lifesaving organ transplant, according to the U.S. Department of Health and Human Services, while more than 79,000 of them are active waiting-list candidates. As of August, more than 19,000 transplants have been performed this year, the agency said.