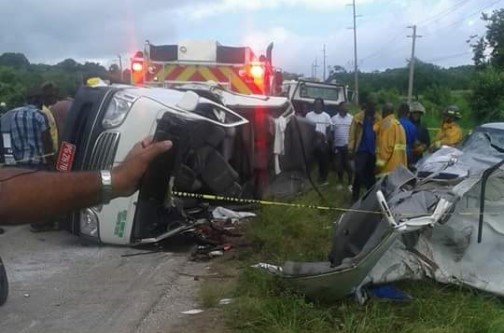 THE bus conductor who was allegedly driving the public passenger bus that was involved last Friday’s deadly bus crash in St Ann is in police custody.

The man, accompanied by his attorney Ernest Smith, turned himself over to the St Ann police on Sunday night.

Five people were killed when the bus developed mechanical problems and crashed on the Llandovery main road.

Police said the driving shaft of the vehicle broke, causing it to overturn.