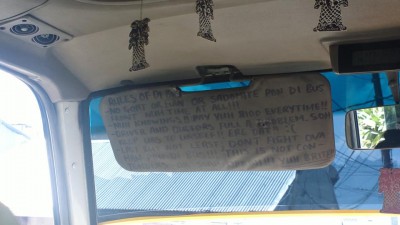 Criminals are raking in an estimated $1.5 million per day from a major extortion racket in the commercial district of Spanish Town, St Catherine, and the business community is warning that there could be hundreds of job losses if the relevant authorities do not fix the problem once and for all.

Dennis Robotham, president of the St Catherine Chamber of Commerce, said the main target is the Chinese community.

“Thousands of jobs are at stake if the relevant authorities fail this time,” Robotham told The Gleaner on Wednesday.

“Extortion exists, and it is happening in Spanish Town, but the culprits are hard to catch because people are fearful of coming forward, and without evidence, nothing happens,” he added.

The St Catherine businessman said a recent closed-door meeting with National Security Minister Peter Bunting, along with members of the business community and senior police officers, ended with a glimmer of hope. While business operators were encouraged to install CCTV cameras, Bunting, he said, gave his word that a police post would be reopened at the bus park in July.

“Preliminary investigation is suggesting that buses at the bus park in Spanish Town are mandated to pay $1,100 a day by the extortionists. We are not sure how much the taxi operators are asked to pay,” head of the St Catherine North Criminal Investigation Branch, Deputy Superintendent (DSP) Meveral Smith, told The Gleaner on Wednesday.

The police say based on the number of busses that use the park, the illegal haul in the Spanish Town park is estimated at $1.5 million a day.

At least 30 persons believed to be involved in the multimillion-dollar extortion racket are now on a watch list. In addition, DSP Smith said six wealthy, popular, high-profile persons, who, the police suspect, are providing financial support to the gang of extortionists, are being probed under the Proceeds of Crime Act, with a view to seizing whatever assets they acquired illegally.

When a Gleaner news team visited the bus park on Wednesday, dozens of buses and taxis were observed being loaded. The park was buzzing with activities, vendors peddling their wares, and men were seen surreptitiously going from one vehicle to another.

According to Smith, the extortion racket is run by members of the notorious Clansman gang, which is now divided by a bloody feud over spoils. Police intelligence has suggested that the leaders of both sides of the divided gang are incarcerated – one in the United States and the other locally. The police believe that the side loyal to the leader incarcerated overseas has the strength of firepower, but not much persons to fire the weapons. The other side has more manpower, but not many guns.

In their assessment, the police have reasons to believe that the Clansman gang is one of the largest and most organised criminal enterprises in the island. Its extortion racket stretches from Half-Way Tree, St Andrew, to sections of Portmore and elsewhere in St Catherine, they said.