A protocol of cooperation agreement has been signed between Cuba and Portugal that will boost work on key issues for the joint development of the industry in both countries.

The agreement was signed on Friday by Cuba’s head of tourism Manuel Marrero and Portugal’s Secretary of State for Tourism, Ana Mendes Godinho,.

According to Mendes Godinho, the agreement is a historical one as Portuguese businessmen are interested in investing in Cuba and accompanying its development, adding that the positive political relations between the two countries, “were increasingly strengthened in the last year.”

Mendes Godinho , who was here on a two day visit, argued that the legal document will also enable the formation of students and the exchange of experiences between the two nations. 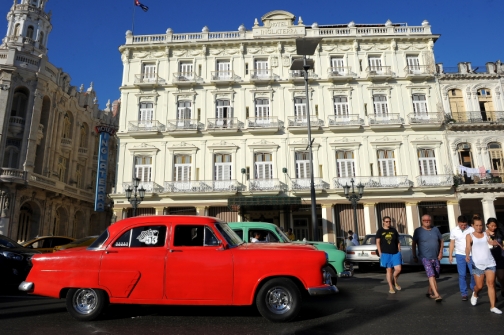 Her Cuban counterpart noted that Portugal has 12 public tourism schools, considered among the best in Europe, which can contribute to the training of Cuban personnel.

Marrero said that this step creates a new stage for joint work on issues such as the use of the Portuguese experience in the sector, useful at a time when Cuba is experiencing a remarkable growth in the so-called leisure industry.

She emphasized that the Caribbean island is currently in the international eye, while new business opportunities are opening up.

According to the Cuban minister, tourism can be an important element to further strengthen the ties between the two countries.