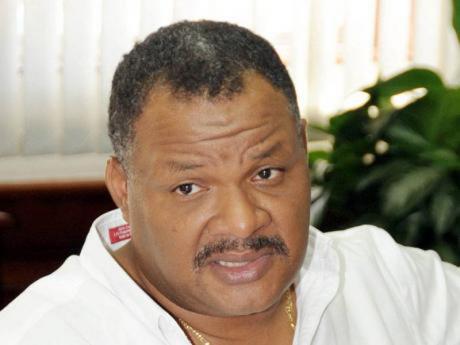 Walker … a warrant was issued for his arrest after he failed to appear in court in the case being pursued against him by the Office of the Contractor General.
Jovan Johnson, Staff Reporter

The Kingston and St Andrew Parish Court has issued an arrest warrant for former Commissioner of Customs, Danville Walker.

The warrant was issued today after Walker failed to appear in court in the case being pursued against him by the Office of the Contractor General.

He was, however, represented by attorney Andrew Graham.

A short while ago, Walker’s attorney Keith Bishop explained that his client did not turn up because he had failed to advise him of the date.

Walker is charged with failure to comply in the prescribed time with a request from the Office of the Contractor General (OCG) and obstructing a 2011 investigation of the Office into breaches by the customs department.

The former customs boss has pleaded not guilty to the charges brought against him based on a 2012 ruling by the Director of Public Prosecutions.

Greg Christie, who was Contractor General at the time, recommended the charges.

The OCG investigated allegations that the customs department under Walker’s leadership, allowed the export of 97 containers of scrap metal despite a ban on the industry at the time and without the requisite licenses.

Walker challenged the OCG’s powers to probe the department but failed at the Supreme Court and the Court of Appeal.

He served as customs commissioner from June 2008 to November 2011 when he resigned to represent the Jamaica Labour Party in Central Manchester in the general elections he would lose to sitting MP Peter Bunting.

See full statement from Bishop below:

Earlier today, (Wednesday, January 25, 2017) it came to my knowledge that my client the Honourable Danville Walker was issued with a warrant for his arrest in a matter now pending before the Court.

I wish to state emphatically that on the three dates set by the Courts, Mr Walker has been represented in Court either by myself or by representatives from my legal firm of Bishop and Partners.

In November of last year, the matter was brought to the Court before the judge who had part heard the matter involving Mr Walker.

On the November Court date, I had issues with both the date and the time the case was being heard but still managed to attend Court. A warrant was executed in November but was stayed until January 9, 2017.

On the ninth of January, I had a matter in the Circuit Court for trial. I then spoke with the prosecutor assigned to the case from the Office of the Director of Public Prosecutions and we agreed that the matter should be adjourned. A date of January 25 was then agreed on by the parties concerned in the matter involving Mr Walker.

I publicly state that because of dealing with several other matters, I omitted to advise Mr Walker of today’s Court date. So, at no time did Mr Walker knowingly absent himself from Court. Further, I was informed that the judge who had part heard the case would not be in Court today.

An agreement was also struck with the DPP’s Office that the matter involving Mr Walker would be heard on February 20, 2017.

Today’s hearing and the subsequent issuing of a warrant was done by a judge who could not have proceeded with the hearing having regard to the fact that the matter was part heard before another judge. Attorney-at-law, Mr Andrew Graham represented Mr Walker in Court today.

Further, the matter of the warrant will be dealt with in short order.

I want to make it clear that Hon. Danville Walker has never knowingly made himself absent from Court and when he was unable to attend Court, he has been suitably represented by his attorneys of Bishop and Partners.