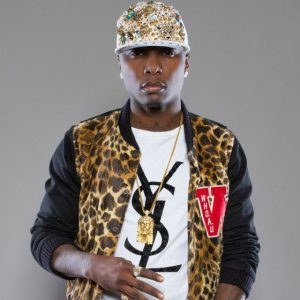 Jamaican dancehall artiste Cornel ‘Swagga Don’ Cameron was sentenced last Tuesday to 40 months in prison in the United States for his involvement in a drug ring, THE STAR understands.

Information reaching our news team is that the upcoming artiste was sentenced for his part in a south-western Connecticut narcotics trafficking ring.

Cameron, also a barber, pleaded guilty to two counts of using a telephone to facilitate a drug trafficking felony.

His brother, Chester Cameron, is currently serving a 70-month sentence.

Allegations are that he purchased half-kilogram of cocaine from suppliers in New York and Jamaica.

THE STAR gathered that their arrest and charge stemmed from a six-month investigation spearheaded by the Drug Enforcement Administration (DEA) and the Stamford Police Department’s Narcotics and Organised Crime Squad.

According to blog.ctnews.com, 20 persons were arrested and charged in federal court with various offences related to the distribution of cocaine and crack cocaine in Bridgeport, Norwalk and Stamford.

The investigation was conducted by the DEA’s Bridgeport High Intensity Drug Trafficking Area Task Force, which includes officers from Bridgeport, Milford, Norwalk, Stamford, Stratford and Westport; the US Marshall’s Service and the Stamford Police Department’s Narcotics and Organised Crime Squad.

US District judge, Stefan R Underhill, advised Cameron at sentencing that he faces deportation to Jamaica when he is released.

Swagga Don is known for songs such as “Swagga Dis Swagga Dat, One Life To Live and BlackBerry.