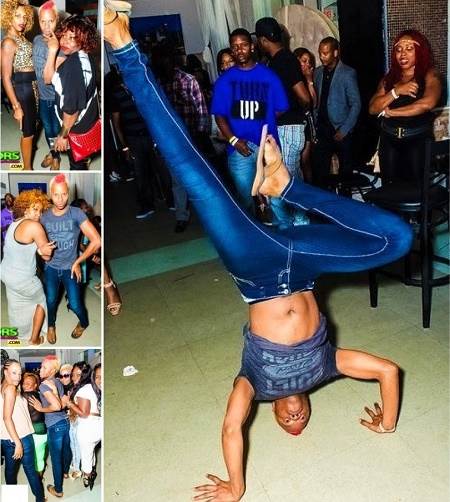 Actor Keith ‘Shebada’ Ramsay has come out swinging after some people on social media branded him a scammer when he created a GoFundMe page recently, seeking cash donations.

He told THE WEEKEND STAR that the page was created to assist the senior citizens of Franklin Town in Kingston.

“Mi nuh need fi come as scammer because if a dat mi did a do, mi wud a dweet incognito! Everybody knows I have my career working on like everybody else, and because fans have been telling me to come on Facebook live, I said I would use it as an opportunity to launch my charity. That charity now, I will use to help the old people in Franklin Town,” he said.

Shebada said that he made the decision to make his social media presence worthwhile, unlike the ‘Facebook trappers’.

“Which artiste yuh know going to come online entertaining when they have other stuff to do, hmm? I have a job and this is not a paid gig, and I still have to fund what I’m doing regarding credit and all that. There are just some persons out there who are just Facebook trappers, they are not uplifting to social media and I think they were created to derail persons who are going forward,” he said. “Those people who are criticising are uneducated, especially di females; mek sure say when a man a look yuh, him can support yuh. That is my message to those females who are criticising me. As for di males, well, mi can’t too bash dem because mi nuh too hear dem say nuttn.”

He contends that he isn’t bashing the females, as they are his biggest supporters. “Anuh hot mi hot fi di females’ enuh because them always a respond, but for those who believe that it is a scam, dem need fi go read a book. Wi just discovering the things that we want to do, but we don’t set a date yet, ’cause people will mark you on that.”

23 thoughts on “DEN SHEBADA NAME DID A CALL INA SCAMMING?”