DENHAM Town High School in West Kingston narrowly missed being in darkness today for the reopening of school as a result of electricity disconnection at the institution last Wednesday, due to unpaid bills in excess of $12 million.

Ruthlyn Johnson, corporate communications officer at Jamaica Public Service (JPS) confirmed with the Jamaica Observer on Thursday of last week that “the school was disconnected because of outstanding balances owed to JPS”. 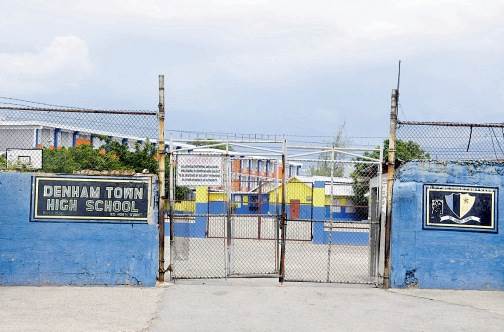 The school, however, made payments over the weekend and has been temporarily reconnected based on an agreement with JPS to pay down the debt.

Principal Audrey Williams maintained, though, that the school is not responsible for the sums owed, and placed blame on residents who she said have been stealing electricity from the institution.

“This is not the first time it has happened,” Williams said, while calling on residents to stop the illegal practice.

“I am hoping that we will have electricity by the end of the week so we can proceed as planned with our staff meetings and be fully prepared for classes next (this) week,” she said on Thursday.

The principal said the school has a student population of 1,200, and that the disconnection of electricity had hampered the final preparations for the resumption of school.

Shes told the Observer that the institution called in the light and power company last year after it was discovered that power was being stolen from the school. She said the illegal connections were temporarily removed, but that the school was still saddled with the hefty bill.

The education ministry has been of great assistance by making payments and negotiating with the JPS to reduce the debt, the principal said.