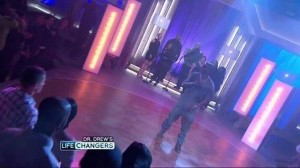 American rapper DMX says he lost interest in reggae music after he was rejected by dancehall artiste Sean Paul – when he approached the deejay to be featured on the remix of his 2002 hit ‘Gimme Di Light’.
According to DMX in a recently uploaded video by US hip-hop journalist VLAD, Sean Paul told him that he was not interested in doing a remix for the song. However, weeks later a remix was released featuring Busta Rhymes.
DMX says he considers Sean Paul’s action to be disloyal since he thought they had a friendship, based on the fact that he featured Sean Paul on his Top Shotter record, along with Mr Vegas.
“Reggae lost me; music is music. I respect it as an art form, I respect the people who do it as being talented artistes, I just don’t like the music. (It was) like he had this joint and I just wanted to do a remix to the joint on my own – like make me just blaze that; you know? You don’t have to come out of your pocket or nothing. I just wanna blaze it, the beat is hot. He was like ‘oh mi don’t know if they gonna do a remix’ and he put me on a phone with another lady. I’m like; ‘hold up, when we were in Jamaica you and me were sitting down talking about the song and you gonna do me like that?’ I’m like alright, cool, and two weeks later I hear Busta Rhymes on the remix,” he said.
DMX also claimed that he refused to work with Sean Paul on other projects because of how the situation was dealt with.
“When I was doing my fourth album, he was now like; ‘yo mi have a hot song mi want you to do the remix.’ I was like; ‘no dawg get the … out of here with that bull… you know what am saying? I just wanted to do something – I wasn’t asking you for no money or anything. If I did a … greasy he deserved it and he deserved that one,” he said.
The WEEKEND STAR contacted Sean Paul’s publicist Jerome Hamilton for comment on the video. However, he told The WEEKEND STAR that Sean Paul was locked in recording secession and would not be able to comment.
Sean Paul’s Gimme Di Light went on to peak at number four on the Billboard Hot 100 chart. The deejay also released his most recent album Full Frequency in February.