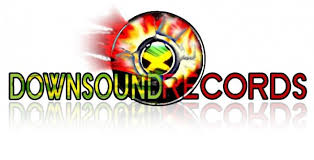 Downsound records has been progressively making its mark on the Jamaican music scene in terms of artistes, talent and being a company that has given those without opportunity a chance to shine. C.E.O Joseph Bagdanovich says he is pleased to announce that the company is four months ahead of its schedule and will use the time they have garnered to make more strategical moves on the music scene for the rest of 2014. They are committed to forging ahead.
The company and its sponsors are pleased with the success of Ninja Man’s taxi appreciation day and is already on to planning their next event which will be next year along with other shows. Downsound is focused on turning their now seven artistes into true stars and in order for the company to advance with its upward slope it had detached from timely business ventures. Managers of Downsound and artiste alike have acknowledged the risks involved in doing other projects while promoting careers and have concluded that they will not be involved in the planning of STING this year.
Mr. Bagdanovich says their new location and the company’s other investments are expected to make waves which will put Jamaica at the top of the map.

0 thoughts on “DOWNSOUND UP UP”