DREAMING OF YOUR HAIR OR THE HAIR OF OTHERS- GOOD MORNING 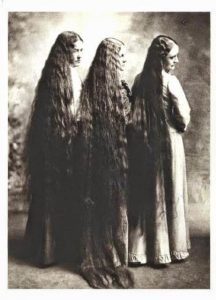 Dreaming of your hair or the hair of others
The word glory is defined as giving praise, honor or distinction bestowed to or on someone. It is also defined as a state of great splendor, magnificence, or prosperity.
With the above being said, if a woman had a dream where she saw her hair falling out or she saw another woman cutting her hair or she saw an unknown substance being added to her hair by an unknown person, then these are dreams that should be taken seriously.
A woman’s hair represents her glory or honor in a dream it also represents her covering. Interestingly enough it is also symbolic of her husband who is her head in regards to spiritual order. Therefore if a wife or a woman dreamt that she saw another lady cutting her hair, then the dream is indicating an attack on her marriage or relationship. What about having dreams of someone rowing or platting your hair? The dream is now indicating spiritual bondage to your husband or mate or limitations set on your glory/honor. Dreams that include an unknown person adding strange unpleasant stuff to your hair, then the dream is indicating that someone is or about to challenge your glory or honor, simply put someone is out to disgrace you..
Dreams where you saw yourself wearing a wig or someone wearing a wig, then this would represent a false glory/honor, pretending to be honorable or someone bestowing false honor on you, bottom line it will not last it will be short live before it’s exposed.
If you had a dream where you were losing your hear, then the dream is indicating that others are losing respect for you, they do not honor you, such a dream requires you to go into immediate spiritual warfare and send the fire of God against the origin of this spiritual evil.
If a man dream that he is losing his hair or his hair is being cut off, then the dream is indicating that the man is losing spiritual or physical strength. If a man had a dream where he saw his hair being extremely long, then the dream is indicating that he’s about to or is currently experiencing shame. The dream could also indicate challenges with his relationship with Christ!
Dreams consisting of a man wearing a cap or hat, would either indicate dishonor or depending on the cap or hat he’s wearing would indicate he’s been or being bewitched. Interestingly enough, colors also plays an important part in dreams concerning hair, for example a woman with a pink colored hair indicates that she is being ruled or control by a spirit of lust. On the other hand a man with pink colored hair is indicating he’s being influenced by a spirit of homosexuality. Red hair represents passion, rage or intense emotions, unreasonable. Abnormal jet black hair represents a curse. Yellow would represent a promise or gift. White would indicate purity or righteousness, green would represent prosperity or fertility.
Samson’s strength was concealed in his seven locks of hair, Judges 16:13
Doth not even nature itself teach you, that, if a man have long hair, it is a shame unto him, 1 Corinthians 11:14
But if a woman have long hair, it is a glory to her: for her hair is given her for a covering, 1 Corinthians 11:15
Written By: Kevin L A Ewing
kevinewing@coralwave.com
kevinlaewing.blogspot.com