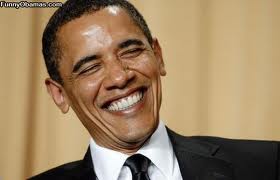 Dear Pastor,
I am 23 and have a child who is one year old. I am engaged to be married. We are in the process of putting things together for the wedding but I am having a problem. My husband-to-be is very sexual and likes to experiment. He told me recently that, before we get married, he has one request of me. He would like me to invite one of my girlfriends into the bedroom with us to do a threesome. I told him I was not in favour of that but every day he mentions it.
He is suggesting that if I do not want to bring one of my friends, he would like to bring a girl he knew. She lives with her boyfriend but it would be just for one night and that would be it. Her boyfriend would not know about it. Pastor, I told him if that is what he wants, I would give him back the ring he bought me, give up the place we are living and go back to my parent’s house.
I did not know my future husband has engaged in threesomes. He told me he did it four times and it is something that men like to do. Now that I know that he has done so, I am scared to marry him because I heard that people who do threesomes don’t use condoms and the women have sex with each other. I am really worried and, since he has been pressuring me, I find myself not loving him as before. I don’t feel the same way about him. He never had to force me to have sex with him. Now I do it because I have to, and I don’t like that.
This man was not my first boyfriend. I left my first boyfriend because he was too jealous. Six months after I fell in love with this man, he got me pregnant. Now he is spoiling the relationship by wanting to have a threesome before we get married. I am not going to lower my standard by doing it because, if I do, he will always want to bring somebody else into the bedroom.
I told my father what he has asked and my father said he would talk to him, but I told my father that he shouldn’t. Please tell me what to do.
I.S
Dear I.S.,
I am glad this man has declared to you what he likes before you get married. You have the opportunity to say yes, or no, to his request. I wonder how much this man loves you. Some people want to do threesomes, they say, to spice up their relationship, but intelligent women know when they agree to do a threesome, to spice up their relationship, so to speak, they will always have to do so.
I would not suggest you accede to this man’s request. In fact, if he insists, you should end the relationship. He is starting out on the wrong foot. Who knows, he might be making that suggestion because he knows you would not agree and that he is looking a way out from marrying you.
Pastor