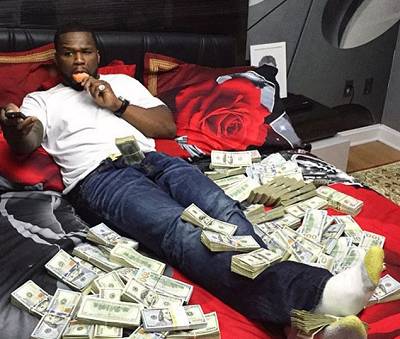 The police report that the rapper whose real name is Curtis James Jackson III, was arrested in his dressing room at the Warner Park stadium and taken to the Basseterre police station where he charged with Making use of Indecent Language.
His bodyguard Bajar Walter who was slapped with the same charge was also charged with obstruction.
The police report that the rapper was cooperative, however Walter was not pleased and attempted to intervene. The two were granted bail in the amount of EC$5 000 (One EC dollar =US$0.37 cents) each with two sureties.