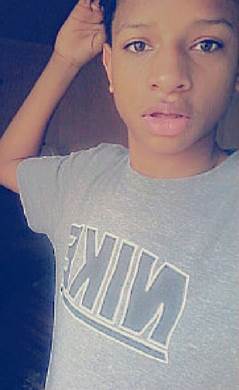 A 14-year-old boy was shot and killed in a dispute that began as a Facebook fight over a girl, according to Milwaukee police.

Tariq Akbar was killed on July 3 after the confrontation with the attackers as a pre-Independence Day fireworks display came to an end, police said.

“They were at the lake and some guys approached them trying to fight them,” said Tariq’s mother, Arifah Akbar, according to PIX11 sister station Fox 6 Now.

Tariq was shot in the head as he tried to run away from his attackers, police said. When police arrived, Tariq was found without a pulse, and the officers began CPR. They were able to get a pulse back but he was later pronounced dead at a hospital.
A 14-year-old boy, Tariq Akbar, was shot and killed after a fight over a girl on Facebook. (Photo Credit: Fox6 news Milwaukee)

A 14-year-old boy, Tariq Akbar, was shot and killed after a fight over a girl on Facebook. (Fox 6 Now)

The precise nature of the dispute was not yet clear.

Tariq’s mother is struggling with the loss of her son and says it doesn’t seem real.

“He loved everybody and everybody loved him. He wasn’t a person to be in a mess,” she said.

“Words can’t express our frustration,” said Flynn at a news conference. “This is more than a crime wave, this is a social phenomenon.”

Milwaukee police are continuing the investigation, and have taken a boy into custody as a person of interest.