The police say operatives attached to the Narcotics Division today seized a boat laden with ganja off the coast of Drax Hall in St Ann.

Reports from the police’s Corporate Communications Unit are that about 10:00 am, the Narcotics and Marine police carried out an operation at sea in the Drax Hall area where they searched the boat and found the drugs.

The police say the drugs have an estimated street value of J$7 million. 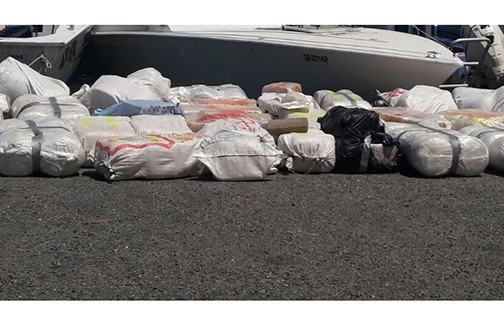 The boat, two 250-horsepower engines, gallons of petrol, items of food, and other equipment used at sea were also seized.

The police say no one was arrested in connection with the seizure.

One thought on “GANJA FOUND FLOATING”