GAY- THE BEAST WITHIN 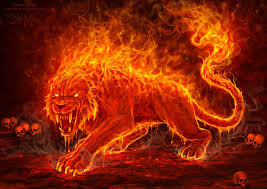 Four days shy of a year ago, we published the following editorial, excerpts of which, we strongly believe, are necessary to repeat today: Then the Lord rained upon Sodom and upon Gomorrah brimstone and fire from the Lord out of heaven — Genesis 19 verse 24, the Holy Bible.
It is reasonable to believe that most Jamaicans base their views on homosexuality on the verse of Scripture quoted above. Sodom was destroyed because of its ungodliness, including rampant homosexuality. As a deeply Christian country, we will always find it difficult to accept same-sex copulation as a natural act.
Indeed, the debate about whether to repeal the Buggery Act could easily become one of the most divisive in Jamaican history, as we agonise and wrestle with this fundamental issue of human sexuality. In this debate, there is hardly room for a middle ground.
Jamaicans who are against homosexuality, and therefore opposed to repealing the Buggery Act, did not arrive at their position overnight. Centuries of reinforcement have caused some to believe that God is against same-sex relationships and that the logical conclusion of such relationships is the end to childbirth and the replenishment of the human race as we know it.
At the same time, the gay community has been emboldened by an unprecedented wave of tolerance that has been bolstered by modern education. Despite opposition in our homes, our children are increasingly viewing same-sex relationships as normal, thanks largely to American TV.
Their cause has been further aided by radicalism of groups such as Outrage! and their willingness to use financial clout to advance that cause. For example, no Jamaican entertainer is now willing to ruffle the gay community without risking their ability to take their art beyond our shores where boycotts and demonstrations await them.
The considerable support for gay marriage by United States President Barack Obama, who is well loved in Jamaica, and the repeal of the 1996 Defence of Marriage Act by the US Supreme Court will bring even greater pressure on countries like Jamaica to do away with the Buggery Act.
Belatedly, some might say, the Jamaican church has resorted to its own brand of radicalism in calling upon its members to march in a show of force against repealing the Buggery Act.
The growing fear among preachers, that speaking out in the name of the Lord — which they see as their Christian duty — against homosexuality and same-sex marriages may now be categorised as “hate speech” and subject them to criminal action, is likely to reinforce this radicalism. We could well be seeing a modern-day version of the medieval crusades, even if minus the swords.
Therefore, to come to a resolution that will not tear us asunder as a nation will demand of us all that we move away from — even if not entirely abandon — our hardened positions on both sides, as a start. This newspaper cannot be accused of naiveté and so we don’t expect this to happen in an instant.
Moreover, we believe that this is one issue that we must resolve as a Jamaican family. It should be approached as a process that evolves over time, as it did in the US and elsewhere. This is one beast that cannot be easily tamed…We see no better way to seek a resolution than through a national referendum in which the Jamaican family decides.
ADVERTISEMENT
POST A COM

0 thoughts on “GAY- THE BEAST WITHIN”