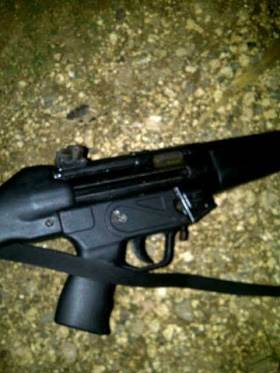 KINGSTON, Jamaica — The Kingston West Police are reporting the seizure of a Taurus 9 mm pistol and five 9 mm rounds after what they described as a daring gun battle with gunmen on King Street in downtown Kingston on Saturday, August 30.
Reports from the Fletchers Land Police are that about 4:20 pm two armed men on a Jamco motor bike opened fire on three males and a female who were standing on King Street.
In a bid to escape the gunmen continued along the roadway and were accosted by the police. The men, on seeing the police, engaged the lawmen in a gun battle before escaping in the area. They left behind the firearm and ammunition.
The four injured people were taken to hospital where the female was treated and released and the others admitted in a stable condition.
The Independent Commission of Investigations (INDECOM) has been informed on the incident, the police say.