HELP! SHE WANTS TO LIVE

“I don’t want to die leaving my two-year-old daughter.”

This is the simple wish that has kept 35-year-old Heidi-ann Douglas Lloyd going.

Diagnosed with stage 3B cervical cancer in February of this year, all she wants to do is stay alive so her daughter, Dajanique Lloyd, can one day be proud of her. 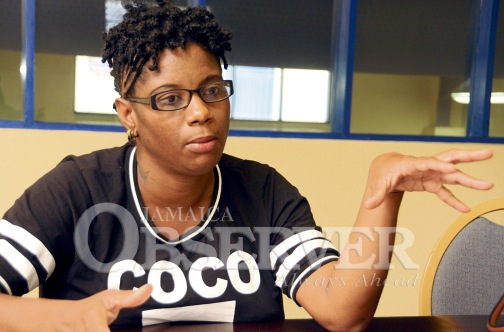 Her challenge: She needs both radiation and chemotherapy treatment, but she cannot afford it.
And, she is afraid she is running out of time.

Cervical cancer is a type of cancer that occurs in the cells of the cervix — which is the lower part of the uterus that connects to the vagina. The stages of cervical cancer, range from one to four, with stage four indicating that cancer has spread to nearby organs, such as the bladder or rectum.

“I am making an appeal to Jamaicans and worldwide, to help me to raise the funds so I could start my treatment of radiation and chemotherapy,” she told the Jamaica Observer in a recent interview. “I don’t want to die because I have a two-year-old and I really want to see her grow into something — whatever she wants to become in life — go to school, graduate college, get married.

“I want her to have a memory of who her mom is. I want her to know that this is my mom and this is a person who survived cancer, and somebody she can look up to and be proud of,” she said.

Douglas Lloyd explained that she knows cervical cancer has a lot of stigma attached to it, especially because people think of it as a sexual disease which is caused by early exposure to sex.

She said, however, that knowing she could not afford the required treatment, she decided to put her medical condition in the public domain to seek help in raising the $1.5 million for radiation therapy and additional funds for chemotherapy. She pointed out that she has not been given a specific figure as to the cost for chemotherapy, but explained that she has been told that it is expensive.

“So what am I supposed to do? Should I just sit down and accept death and die leaving my two-year-old, with her not even having a memory of who I am? If she reached like 16 or 17, will she know this is what my mother looked like?” Douglas Lloyd recounted her considerations before deciding to go to the media.

She said that despite the stigma, she decided it was the best route and pointed out that there are other factors which can lead to cervical cancer, such as the human papillomavirus (HPV).

She has since reached out to several media houses, reached out to people by sharing her story on social media, and also had a Go Fund Me account set up on her behalf.

The 35-year-old mother shared that her method has been criticised by some, with at least one relative commenting that if they had cervical cancer they would not have put it in the media. But she told Your Health Your Wealth that, having been informed that their might be some amount of waiting involved if she were to access treatment at the Kingston Public Hospital, she was only concerned about her daughter.

Douglas Lloyd painted a dire picture which involved her being separated from her husband, having financial issues and being unable to provide for her daughter, at times having to resort to begging. And this, she said, was before her diagnosis.

Since going public with her condtion, she told Your Health Your Wealth that she has raised about $750,000, a fraction of which she has had to use for expenses associated with her condition.

She shared that when she was first diagnosed in February, she was told that one of her kidneys had been affected. She is now fearful that about three months on and still not having started treatment, the cancer has spread to other parts of her body.

“Persons are telling me not to fret, but… I am actually counting down my days,” Douglas Lloyd admitted.

But with the stages of cervical cancer going up to four and Douglas Lloyd being at 3B, she says she is trying to take each day one at a time.

“Most of the times when I think about my baby it worries me, and sometimes when I feel ill that’s when the thought comes back. Most times when I am alone I cry,” she shared.

If you want to help Douglas Lloyd, you can make a donation to her account at the Bank of Nova Scotia in Portmore Pines. The account number is 512484 and the account name is Heidi-ann Douglas Lloyd.

2 thoughts on “HELP! SHE WANTS TO LIVE”