It’s a dream come true for Raheem Barrett, who intends to be Doctor Barrett soon.

The 19-year-old, Clarendon College alumnus was granted a space at the Anhui Medical University in China to read for a degree of Clinical Medicine and Surgery.

But this is clouded by his inability to fund his academic pursuits.

Barrett, who says he has always dreamt of becoming a medical doctor, is required to pay US$9,000 ($1,141,200) that would cover the first year’s accommodation and tuition. 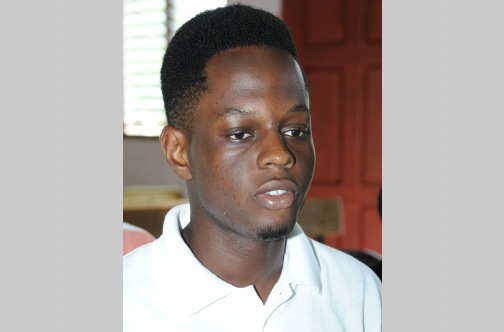 He noted that though his parents “are not working”, they have been trying to garner the money required. His father, who suffered from a stroke recently, has not worked since his mother, who was a teacher, last worked several years ago.

“My parents are in a ‘pardner’ because I am to pay $4,000 by the 10th of August. So maybe they’ll have to borrow from someone and pay back. But it’s a dead end from there because they’ll still be in debt anyways and have other years to think about again,” the 19-year-old stated.

“They planned to fund it through loans. However, most of the lending agencies are asking for things like collateral, interest rates, and so on that my parents can’t provide and won’t be able to keep up with,” Barrett told the Jamaica Observer.

The medical aspirant, not daunted by his circumstance, has refused to do nothing and has sought to receive funds from corporate Jamaica.

He admitted that he has applied for multiple scholarships and have written letters outlining his plight to companies, but to no avail.

“Most of them replied by mail saying congratulations and they wished they could help but they aren’t issuing scholarships at this time,” stated a disappointed Barrett.

As the deadline draws near, he is currently awaiting responses from two corporate entities. He said he hopes to get help from wherever he can.

He is expected to leave for China in the third week of September when the semester begins.

The programme lasts for six years in total.

“Five years and one year internship; we get the choice of choosing which country to do internship for the last year whether UK, China or home country, etc. I would want to intern here in Jamaica,” he stated.

Interestingly, Barrett said he attended the University of the West Indies and studied Computing and Management for a year.

But that wasn’t his passion.

“I love medicine because I really want to help people. it may sound clichÃ© and corny, but I really have a yearning to make people feel better…ever since I was a child. That is why when I enrolled at UWI doing that major, everybody was shocked and asked what about medicine. Even the young men in the streets around me in my community would call me ‘Doc’ and tell me how much of an inspiration I am to them,” Barrett told the Sunday Observer.

Asked why he chose to study in China, he said: “I had a chemistry teacher from my high school that went off to study at that med school and some of my teachers encouraged me to take up the offer of acceptance. I also saw an article in the Observer with a girl that was going there and my interest grew from there. I also wanted to learn one of the most feasible languages now … that is Mandarin, even though the course itself will be taught in English.

“UWI is a great school; however, UWI is out of my financial bracket. I went there for one year doing a degree in Computing and Management but it wasn’t what I loved,” he continued.

“I just decided to apply out of faith and I got accepted,” he noted.

An involved youth, Barrett is currently the president of the Developing Empowering a Nation to Succeed group in his community Clarendon, which is aimed at mentoring youth in the community to become better contributors to society.

Started in February, DEANS was started when he and his team realised that the youth in the community were without proper role models and had nobody to speak to.

“So them seeing us, being that we are not from rich backgrounds, seeing that we’re not well off and they see that we do very well in school, that’s just really the central part of what we do; you know, taking a youth, showing them that you can be successful no matter the odds that are against you,” said Barrett, who has been accepted to study medicine in China.

In high school, Barrett served as President of his school’s debating society, choir member, secretary of the Emerging Global Leaders of Jamaica, as well as vice- president of the Inter-School Christian Fellowship.

Barrett said he intends to continue his voluntary services and involvement when he returns from China.

“I want to return to Jamaica to intern, work and give back and start a scholarship foundation for disadvantaged youth, especially young men in whom potential can be identified,” he said.

5 thoughts on “HELP THIS YOUNG MAN BECOME A DOCTOR”