HOW DO YOU SEE-GOOD MORNING 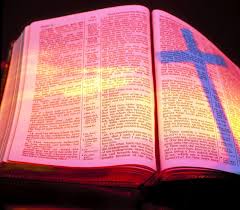 HOW DO YOU SEE?

Philip answered Him, “Two hundred denarii worth of bread is not sufficient for them, that every one of them may have a little.” One of His disciples, Andrew, Simon Peter’s brother, said to Him, “There is a lad here who has five barley loaves and two small fish, but what are they among so many?” John 6:7 – 9
The crowd was massive and anyone saddled with the responsibility of feeding such a crowd of thousands of people will certainly feel intimidated by their numbers. Apart from the hard work involved in serving the food, the cost of getting the food will certainly be a challenge. These days weddings and events where people will be fed are strictly by invitation because people need to cut costs by providing for just the number of people invited. We have a situation where Jesus had gone to a deserted place to have some quiet time but the crowd followed Him there and compassion moved Him to heal the sick and perform miracles to those in need. They had spent the day there with Jesus and the disciples wanted them to leave because they wanted to avoid the responsibility of providing dinner for them. But Jesus knew what was going on and asked His disciples to give them something to eat. Some of them openly complained and wondered where they could possibly get enough food to feed the entire crowd and of course the cost of getting the food. Andrew said there was a boy with five loaves and two fishes but concluded that it wouldn’t make any difference.
That is always the problem with negative thinking. These men spent their days with Jesus as He went about performing miracles. The wedding at Canaan where the Lord turned water into wine took place just a couple of years before and one would expect that they had been long enough with Jesus to know when an opportunity for the supernatural presents itself. A negative mindset always sees difficulty in every opportunity; they saw impossibility and not grace/opportunity for miracles. A positive thinker however sees an opportunity in every difficulty. What you can see in any situation is what you will get out of the situation; in spite of how bad or terrifying the situation might be. The Children of Israel saw giants in the land that God had promised to give them but Joshua and Caleb saw a good land that was waiting to be captured. Andrew saw just five loaves and two fishes but Jesus saw an abundance of food and so He instructed to get their baskets ready to gather the leftovers. What do you see?