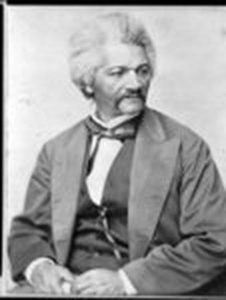 Celebrating Independence Day on July Fourth is as American as burgers and dogs on the grill, lemonade in plastic cups, apple pie on paper plates, baseball, fireworks and Sousa marches.
Except for those Americans who don’t celebrate it at all.
Like William H. Lamar IV. Last year the African-American preacher from Hyattsville, Md., wrote an essay that was carried by In it he asked: “How can I celebrate liberty with bondage — economic bondage, educational bondage, political bondage, health care bondage, and religious bondage — all around me?”
On the Fourth of July, he continued, “I will reflect on America as it was and as it is. And I will affirm my allegiance to my ancestors whose fight lives on in me.”
The pastor is one of a strain of Americans who, throughout the country’s history, have chosen to express their independence on Independence Day by not celebrating Independence. Forgoing the Fourth. Here is a trio of other examples:
1) Witnesses To History. More than 11,000 Jehovah’s Witnesses convened in Tacoma, Wash., on July 4 weekend 2009, according to the Tribune Business News. “The convention continues today on Independence Day,” the reporter wrote, “with another full schedule of speakers and singing. But don’t expect any fireworks or flag waving. Witnesses don’t celebrate the Fourth of July. They consider flags objects of worship.”
2) Gourd Clan Ceremonies. Beginning in the late 19th century, Dennis Zotigh of the Smithsonian National Museum of the American Indian in Washington , the U.S. government outlawed tribal dances, feasts and other American Indian ceremonial expressions. Native Americans were encouraged to celebrate American holidays instead. In the 20th century, those indigenous festivities slowly returned. Today “the Kiowa Tribe of Oklahoma holds Gourd Clan ceremonies on the Fourth of July,” he writes, “because the holiday coincides with their Sun Dance, which once took place during the hottest part of the year. The Lakota of South Dakota and Cheyenne of Oklahoma continue to have some of their annual Sun Dances on the weekends closest to the Fourth of July to coincide with the celebration of their New Year. Some American Indians do not celebrate the Fourth of July because of the negative consequences to Indian people throughout history, while others simply get together with family and have cookouts, like many non-Native American citizens.”
3) Days Of Slavery. Born a slave, social reformer Frederick Douglass was asked to deliver an oration — — at an Independence Day gathering at Corinthian Hall in Rochester, N.Y., in 1852. “What, to the American slave,” he asked the crowd, “is your Fourth of July? I answer; a day that reveals to him, more than all other days in the year, the gross injustice and cruelty to which he is the constant victim. To him, your celebration is a sham; your boasted liberty, an unholy license; your national greatness, swelling vanity; your sounds of rejoicing are empty and heartless; your denunciation of tyrants, brass fronted impudence; your shouts of liberty and equality, hollow mockery; your prayers and hymns, your sermons and thanksgivings, with all your religious parade and solemnity, are, to Him, mere bombast, fraud, deception, impiety, and hypocrisy — a thin veil to cover up crimes which would disgrace a nation of savages. There is not a nation on the earth guilty of practices more shocking and bloody than are the people of the United States, at this very hour.” Douglass’ speech informed and influenced future Americans — including William H. Lamar IV.
The Protojournalist: Experimental storytelling for the LURVers – Listeners, Users, Readers, Viewers – of NPR.

0 thoughts on “INTERESTING- FREEDOM TO NOT CELEBRATE INDEPENDENCE DAY”