JAMAICAN MEN SAY THEY SHOULD HAVE SAY IN ABORTION DECISION

Eight out of 10 Jamaicans are of the view that a husband should legally have a say as to whether his wife decides to end a pregnancy.

That is part of the findings from an all-island poll, conducted recently by the Johnson Survey Research Limited on a woman’s right to choose.

The poll found that 85 per cent of men and 76 per cent of women agree that the husband should have a say, even though the poll also found that 74 per cent of Jamaicans believe it’s ultimately the woman’s decision.

When similar questions were asked about replacing the husband with a man living with the woman; a man not living at home and a man no longer in a relationship with the woman, the majority still argued that the person who provides the sperm should legally have a say in any decision to abort or not. 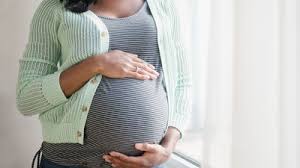 Chairman of Fathers Incorporated, Dr Herbert Gayle, is not surprised by the pool finding as he believes the question by the pollster implies a child and, therefore, Jamaicans would line up behind the rights of a child.

“So the question may seem on the surface to be pro male and pro female, but when you ask Jamaicans those things and the word child and baby (comes up) the whole gender campaign thing is dumped out the window and people begin to talk about the rights of the child.”

According to Gayle, the issue was not about supporting the man or woman as there is a consensus in Jamaica that children need both parents.

“The question is less gender than we think because it implies a child. If you want Jamaicans to suddenly become rational make it about the child.”

He stressed that the questions might imply the rights of women and men, but in the end people are going to see it as the rights of a child.

In a situation where a woman lives with her babyfather but they are not married, 74 of respondents say the man should legally have a say as to whether or not she decides to end the pregnancy. Eighty per cent of men and 69 per cent of women surveyed supported that view.

In a case where the woman does not live with the babyfather but is in a relationship with him, 71 per cent of those interviewed felt the man should still legally have a say as to whether or not she decides to end the pregnancy. However, 26 per cent of the respondents disagreed.

When broken down by gender, 78 per cent of men and 64 per cent of women believe the babyfather who does not live with the woman, but is in a relationship with her, should have a legal say in the matter.

The babyfather who is no longer in a relationship with the woman still enjoyed strong support from respondents. Sixty-two per cent of those polled are of the view that he should still legally have a say in relation to the termination of the pregnancy.

Responses received by the Johnson Research team showed that 68 per cent of men and 57 per cent of women believe the babyfather who is no longer in the relationship should have a legal say in determining whether or not she decides to end the pregnancy.

The Johnson Survey Research Limited poll on ‘A Woman’s Right to Choose’ was sponsored by The Gleaner, the Ministry of Health and the National Health Fund