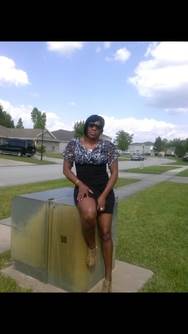 JACKSONVILLE, Fla. —
Friends of Judith Henry and Denise Rickman are working to raise money to send their bodies back to Jamaica with their family.
Anthony Robinson describes his friend, Denise Rickman, as charismatic.
“It was just cool to be around her,” he said.
It’s been more than a week, and he’s still having a hard time comprehending someone killed his Mandarin High School classmate and her mom, Judith Henry.
“You have to be a real barbaric and terrible person to do something like this,” he said.
Rickman, 17, and Henry, 41, were found dead inside their home on South Shady Pine Street on June 29. Police haven’t released any information about how they were killed or who might have done it.
But through a public records request from the Jacksonville Sheriff’s Office, Action News learned police were called to the home that day in reference to a person being shot.
“I’m very surprised that no one has been arrested because in such a quiet neighborhood like that, I’m just wondering how no one heard or saw anything,” said Robinson.
JSO was also called to the home June 2 to investigate a burglary. Police stop short of connecting the two crimes.
“Her family wants her to be buried where she was first born and where her mother grew up,” said Robinson.
That place was Jamaica. So Robinson is helping to spread the word about a website set up by friends to raise money to reunite Rickman and her mom with their family. So far, they’ve raised more than $2,000.
“We just want to thank everyone who’s been donating,” said Robinson.
Funeral services for Henry and Rickman are set for Wednesday at First Chronicles Baptist Church on West 30th Street. The viewing begins at 10 a.m.
Friends of Rickman’s are also planning a candlelight vigil in her honor Wednesday at 7:30 p.m. at the track at Jefferson Davis Middle School.