JAMAICAN MAN CAUGHT WITH COCAINE IN HIS STOMACH AT JFK 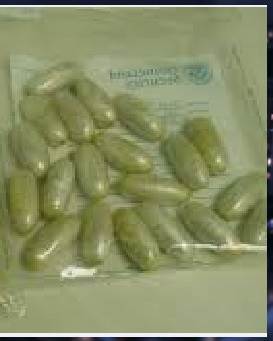 Customs and Border Protection officers caught a Jamaican man allegedly trying to smuggle a large amount of cocaine in his stomach through JFK Airport security.

On April 19, Gyan Damian Morgan was stopped at JFK after a flight from Kingston, Jamaica after displaying signs of nervousness. CPB representative Anthony Bucci told PIX11 he was avoiding eye contact and sweating.

CBP officers took Morgan, 22, to a private search room but initially turned up nothing. When the officers continued to interview him, however, they found multiple inconsistencies in Morgan’s story.

He was taken to a local medical facility, where he admitted to swallowing approximately 70 pellets of the narcotic. An X-ray scan revealed the pellets resting in his stomach cavity, according to the CPB.

He was placed under arrest and had to stay in the hospital until all the pellets pass through his system. In total, officers recovered two pounds of cocaine with a street value of tens of thousands of dollars.

Morgan was indicted on federal narcotics smuggling charges and will be prosecuted by the U.S. Attorney’s Office in the U.S. Eastern District Court of New York.

Only three days prior to Morgan’s arrest, another Jamaican man was arrested for trying to smuggle $20,000 worth of cocaine in his underwear.

101 Users Online
Back to top