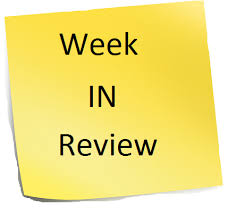 -Funny picture of the week goes to Mr Gingerbread man who struck a pose half bleached half baked
-JMG saw the return of Burgs now known as Bruthuh Burgs who has seemingly found love again with his woman Tracey. A picture of Tracey wearing a Ceasar showed that her status in his life was unmatched!
-Dainty’s stalker aka Sean Pelpa’s d*ck rider submitted another article and got no response
-Shabba Moggla declared his doing road status without a place to call his own forgetting that the world knows he is a career kleptomanic
– The bloggers were introduced to the inside of Paris Paradise’s home that was invaded by her son’s father J.R. The condition of the house was up for debate as Paris declared that the house ravaged..Metters were having none of it.
-Munch Duffus said she would sue any woman who destroyed her marriage..Only for her file to be rinsed reused but not recycled.
-Jamaican Entertainer blooper of the week went to Tifa, who was left in her underwear at Sumfest because her bodyblouse ”popped”.
-Producer Malmal told TMZ that Rihanna acted like a jumpoff and was treated as one.
-Jamaican female entertainer beaten by her selector ex-boyfriend for sleeping with his friend and manager. Word was that the selector trailed the young woman to an apartment that she rented and saw the producer/manager enter and did not leave for hours. Upon confrontation the female entertainer admitted to the selector that she did indeed sleep with the producer/manager and was given a beaten shortly after her performance Sunday night. Word on the street is that the entertainer is also said to be entertaining an athlete and was roughed up by the producer/manager for being on the phone with the athlete. The selector is said to be holding on tightly to a suspension .
-Shawna Star we found out that she did retire her ”clutching” habits. Once a part of Apples crew where she was taught the skills and after moving to Queens she started acting brand new, wearing tasteful conservative suits to parties. Readers were turned back, shocked and in dismay when it was said that she went to L.A to steal and was caught red handed. Word was that she borrowed money from Goldie and was stealing to repay the debt.
-SheriBSOLee found someone not so new.
-Veachy from Philadephia has found a half face love
-Peaches from the DMV was sent advice under sikes that cited making better of her life but the argument later blossomed into a steady fight over a male. People accused the sender of being jealous of Peaches
-Jason Steel’s girlfriend took to Facebook, upset about tongues wagging that she was undeserving of being on his flyer.
-Natalie a married woman from Philadelphia got in a war of words about a man who is said to be her side piece.
-Sweetnessdecoy declared via instagram that PHYSIOLOGY she was beating them bad..Only to find out she was beaten badly by Apple and Upscale Barbie
-Grammy ”creditcard Scam Kidd” in US immigration lockup while his instgram wife Keisha was left to patrol the streets for a next victim.
-Chronixx made Jamaica proud by appearing on the Tonight’s Show
– Paris made a video rebuttal refuting the dirty house claims
– Jamaican sprinter Asafa Powell warning men about women who are made over under the disguise of makeup
-Angel announced her Ramp Ruff party with winnings of a whopping $200 USD
-Three pregnant friends from Philadelphia with not much to brag about but bragging ..the bloggers claim
-ShamarX’s stalker losing sleep as her belly grows
-Ginnelle aka Wiglady back on the party scene exactly one month after giving birth. The sender who claimed to have attended the shower demanded the gift she gave to be returned.
– Reknown Jamaican artiste left partner almost bare feet without a dollar.
-The selector that dished out the WAP WAP WAP called a mouse because he declined to argue with the producer who slept with his woman
-A masked woman said she slept with dancehall celebrity Tamara from Atlanta’s man and he swallowed all her juices
-A young woman calls herself beautiful but cannot spell beauty
-Mr Brightlight from Brightlight funeral home declaring on a television program that everyone who attends his funeral should wear white.
-Jmg love connection was in full effect
-Allison warned to stay out of Nikki Fabulous’ business, Allison said that Nikki was an avid obeah seeker
-Philly turned over when Sophia British cursed out a woman in her post and a blogger admitted that she does not wash her underwear when she takes them off
– Sadly a young woman was seemingly drugged and a mentally ill man was paid by a group of unlookers to have sex with her
-Chinelle Latoya Brown was killed by her landlord over $200 for rent
-Georger nooks fleeced of 12m JMD