Jt is a painful Mother’s Day for the children of Corporal Judith Williams, who will mark what should be a happy occasion with more of the tears they have shed almost constantly since she was murdered just over one week ago.

The children say their mother taught them how to be fighters, and she fought to the end even as she stared death in the face with eight gunshots burning through her abdomen.

“I just want to know why. Why dem take my mother? She didn’t deserve this. She never does anybody anything. She was a humble, quiet, hard-working woman. I really want to ask the killers why,” sobbed Tamara Archibald, Williams’ oldest child. 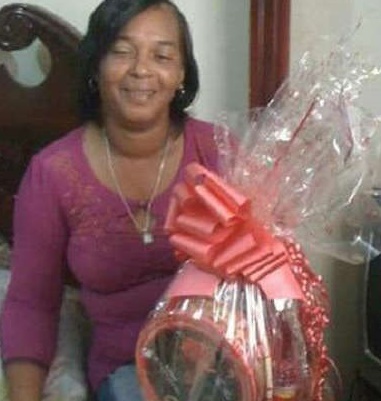 Inside Williams’ yard in the east Kingston community of Dunkirk last Thursday, Archibald and her sisters laboured through a family album, complementing tears with chuckles as they reminisced over the images.

They said their mother was a tower of strength, a strong disciplinarian, and a stickler for hard work and good manners.

Like many Jamaican mothers, she fussed whenever her home was untidy, and repeatedly threatened her adult daughters with eviction whenever they dared to go against her rules.

“I couldn’t ask for a better mother. Mommy was there for us when we never had a father figure. She saw us through school; she worked hard, always telling us to put our head to education,” continued Archibald, trying to hold back another round of tears.

Her younger sister, Tamika Archibald, was not so skilled. She bawled openly as she wished for one final conversation with her mother.

“I want to tell her that me sorry. Me sorry me never listen to her nuff time when she did a talk to me. Me and her would have a better relationship now,” said Tamika before she walked out of the discussion.

“Me know she wanted the best for us, me know dat. She was strong, she worked hard to make sure that we alright. She was miserable, but she was miserable because you are not going the way that she wants you to go. Because of that me and her always at it,” Tamika had declared earlier.

Williams’ last child, Brittney Harris, spent the last moments of her mother’s life trying to calm her as hospital workers hurried to and from her bloodied bed.

“When I spoke to her before she died, she was in so much pain. They allowed me to see her and when I went around there I held her hand and she was saying, ‘I see di bwoy dem, me see di bwoy dem weh shoot me’,” said Brittney.

She said her mother was then rushed into surgery, from which she came out alive. Williams, however, had to undergo another surgery because of the extent of the damage to her intestines and kidney, relayed Brittney.

Some time later, the family was told that Williams had not made it. “She was a fighter. I know that. I thought that she would have died on the spot but she had the willpower to maintain, her composure until she got the chance to see most of her children,” said Brittney, a nursing student.

“Even that inspired me. Everybody was telling me to stay home, but that Friday morning I left the hospital after they pronounced her dead and I went straight to school.”

Cynthia Butler, Williams’ mother, knows today will not be the same. There will not be Williams’ usual Mother’s Day basket, or her robust laughter, or her banging on the gate and veranda grille each evening.

“I really grieve. I know we have to get over it, but I am always going to remember. I just have to leave everything to the Lord because justice will come one day,” she said.