JUST THROWING IT OUT THERE- WHEN DID WE GET HERE?

Have you ever helped someone in our culture that was in dire need and that person not was not only empowered by your help but used the help you gave them to discredit your person?

Here are two cultural scenarios , and I say cultural because I am yet to see it in another culture. Not that it doesn’t exist but Jamaicans have a special way of doing it.

-You decide to help someone financially, the person was unable to provide for themselves but while they were in that place and needed that extra hand they were polite, caring and helpful. The help you give / gave, is/was constant and of course it causes personal growth. The person then changes from what they were before (has no manners, dont care and still has their hand stretched out). Not only changed but asking for more help, not working but wanting more help, wanting house money, car money , when in fact they did not have food before. It makes you wonder how did this person get here, what about your help that caused this…Is there a way to fix this?

We see this kind of behavior played out in various parts of our culture. Older Jamaicans wonder if Jamaicans have changed and if this is just a new breed of Jamaicans culturally. 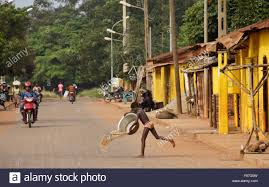 They are prideful without ambition

Pride is a feeling or deep pleasure or satisfaction derived from one’s own achievements, the achievements of those with whom one is closely associated, or from qualities or possessions that are widely admired.
The new breed as per social media are pleasured and satisfied by nothing substantial from a coherent person’s point of view but we know culturally, Jamaicans are prideful , what is missing is the need to better one’s self. They have lost the drive to be greater, to excel and to secure substantial achievements. For example ; The women of our culture have always relied on their bodies as a source of income and it may not have been the best way but it has been a part of our culture. The difference then and now is that, the women then who sold, found the highest bidders and quickly built or secured a foundation for themselves. This generation sells randomly , to any and everyone without taking the time to fully processes the true income of these men ..and now women. The person they sell to has money only for that week or month so within the next six weeks they have to be looking for another man to sell to. Selling without an aim or cause, ambition out the window. When did we get to feeling that ambition isn’t a necessary part of survival?

5 thoughts on “JUST THROWING IT OUT THERE- WHEN DID WE GET HERE?”