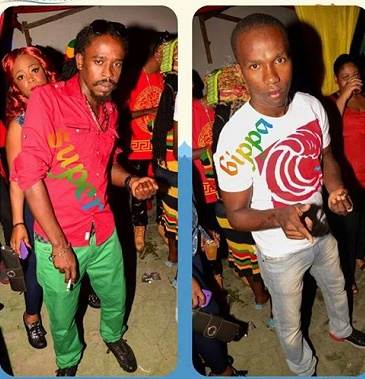 Dear Met,
I am writing you to ask your readers for their support. We need help to raise awareness to the killing that occurred in East Kingston Saturday May 10. Moreover; we need justice to be served so that police officers will think twice before taking the life of an innocent person. Two unarmed young men were killed cold blooded by police. This injustice has to stop; far too many innocent lives have been taken by the hands of police. I am sure that the INDECOM is cognizant of the repetition of the police reports, which is always; they were fired at or they found guns. If they stop planting guns, then they will stop finding guns.
There’s a differences between wrong and right. What these police officers did is wrong. If the men are guilty of something, arrest them. Why kill them? Define Justice? Since August 6, 1962 Jamaica has been spiraling into an abyss from which there is no return. A corrupt legal system enforced by corrupt leaders is one of the reasons for the aforementioned and the events of last week Saturday is an excellent example as well.
On May 10, 2014 East Kingston policemen were carrying out an operation when they were “suddenly” fired upon by a man. The police reported that they returned fire and the shooter was shot and injured, but he managed to escape on foot. The police went on to say that they followed the blood trail of the injured man that lead them further into the community of Rennock Lodge where they where “suddenly” fired at again. The police then fired and killed two innocent men whom had no relation to the previous gun battle. Please note that there is no evidence supporting the police claims that they were fired at on a second occasion. The Independent Commission of Investigations (INDECOM) scrutinized the circumstances surrounding the shooting. Local residents dispute the policemen’s claims and say that the two men were killed as they bathe at a water pump in the community. This is evidently true. It is not clear whether these two men will receive justice as it is evident that the law enforcement is lying, as far as I can tell the murder of these two men may be another situation where lady liberty is blind to the truth.
I am sickened by the injustice that is so repetitive in Jamaica. In my capacity as an international MSW student I am raising Local and International awareness to this case. Justice is not about superficial qualities or the community in which one is from. Justice is just about finding the truth. However, today justice in Jamaica is being perverted totally by an idea that is spreading called “social justice”. Social justice is just a misnomer that basically means that those in charge may do exactly as they please.

0 thoughts on “JUSTICE FOR EAST KINGSTON?”