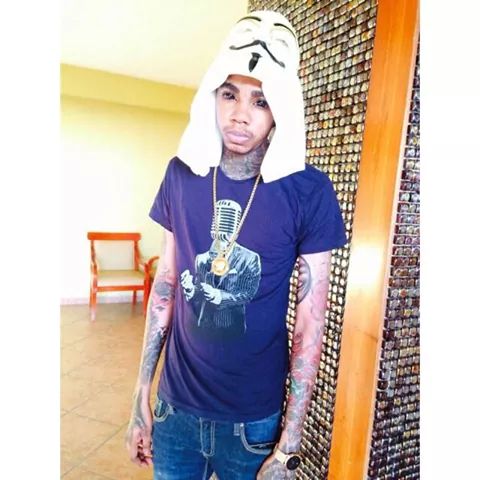 AN Antiguan church minister is calling on authorities to put a ban on dancehall artiste Alkaline, who is scheduled to perform in that country on Saturday.
According to the Antiguan Observer, Bishop Charlesworth Browne, head of Christian Ministries Church, said the artiste “will bring decadence and death” to the nation.
The religious leader said he is prepared to call for a boycott of the nation’s Independence celebrations over the upcoming performance. Antigua and Barbuda celebrates independence on November 1.
“I am calling upon the rest of the Christian community to steer clear of the rest of the independence celebrations,” Bishop Browne was quoted as saying.
“If they’re going to be as corrupt and perverse as this, then I say to the Christian community, withdraw from them completely,” he continued.
Alkaline is scheduled to perform at Black Rave slated for Millers by the Sea in St John’s.
“As a leader in the Christian community, I stand opposed to any performance by this character here in Antigua & Barbuda. I believe his performances … are geared to corrupt young people, particularly young women,” ” said Bishop Browne.
Alkaline, given name is Earlan Bartley, has created an impression with both his lyrics and appearance.
His pale-bleached skin and trademark pitch black eyes, a feat he achieved by tattooing his eyeballs sets tongues wagging wherever he goes.
This is not the first time Alkaline has been met with resistance to an upcoming performance.
In July, he was barred from the Caribbean island of Nevis as the island’s premier feared the artiste could “incite lewdness” and threaten public safety.
Earlier this month, head of the Roman Catholic Church in Belize, Bishop Dorrick Wright spoke out against a planned concert that the artiste was scheduled to perform.
Efforts made to contact Alkaline’s management were unsuccessful.
POST A COMMEN