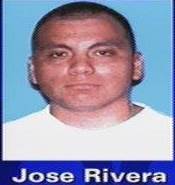 James Ninete Leon Guerrero, 48, of Guam, pleaded guilty before U.S. District Judge Phillip Pro to one count of murder by a federal prisoner serving a life sentence. According to court documents, Guerrero aided and abetted co-defendant Jose Cabrera Sablan in the stabbing death of Officer Rivera.

Sablan and Guerrero were indicted for murder on Aug. 14, 2008. As a result of Guerrero’s plea, he faces a mandatory sentence of life in prison. His sentencing has been scheduled for May 30, 2014, in the Eastern District of California.

Sablan’s case is set for trial on April 6, 2015. He is presumed innocent until and unless proven guilty beyond a reasonable doubt.

The investigation was conducted by the Bureau of Prisons and the FBI. This case is being prosecuted by Trial Attorney Bonnie Hannan of the Criminal Division’s Capital Case Section and Assistant U.S. Attorney Duce Rice of the Eastern District of California.