Letter Of The Day | Address Inhumane Service At KPH 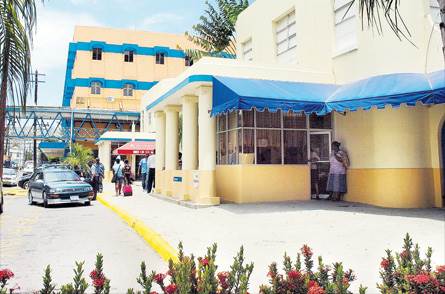 I am writing you this letter via the media because I believe the issues relate to members of the wider public who interact with the public health system. During the period February 2016 to 2017, my relatives and I experienced the frustration of trying to get quality health care for a family member at Kingston Public Hospital (KPH). We wish to ask you several questions that highlight our concerns.

– Question 1: Why did it take KPH, a leading medical institution in the Caribbean and a training ground for young doctors, seven months to confirm a diagnosis that a patient had cancer? This is despite the fact that the patient promptly did all the diagnostic tests required, utilising private laboratories.

– Question 2: Why did KPH repeatedly delay/postpone procedures the patient was scheduled to undergo? The postponements occurred after the patient had been admitted and was kept in a state of suspension. On several occasions, although the procedure was delayed, the patient remained without food for hours/days.

– Question 3: What caused the Urology Unit – to which the patient was initially referred by Annotto Bay Hospital – to delay directly treating the patient? It was about eight months after his initial visit to the hospital that the urology doctor sought to examine the patient’s bladder!

– Question 4: Why did the doctor in charge of the ward for urology patients display such unprofessional conduct toward our relative? This female doctor rudely asked him why he was on the ward “taking up taxpayers’ bed space?” Is that any way to treat a tax-paying member of the public?

– Question 5: Is there a case-management system in place at KPH? From our observation, it appears there is none. During the one-year period that our relative visited KPH, he was seen by different doctors. Whenever the medical team changed, he and his wife had to background the new doctor about his health condition – good thing they always carried around the various test results. We believe that because of the absence of a case manager, our relative’s case – admittedly a complex one – fell among the institutional cracks and also got caught in the territorialism that appears to afflict the operations of the KPH.

– Question 6: When is the Ministry of Health going to install a modern, automated medical records management system at KPH and other health institutions? On several occasions, our relative’s medical file was missing, which delayed and otherwise compromised his treatment. When the file was eventually retrieved, it had not yet been updated.

– Question 7: After 12 months of vacillation by the hospital, and severe deterioration in the patient’s health, why did the medical team decide to apply chemotherapy at this late stage – which turned out to be two weeks before his death?

Minister, we are asking you to initiate an investigation into the case of our relative with the view of improving the quality of patient care at KPH. We believe there is need for a stronger in-house Patients Affairs Office. We are also calling for the establishment of a national INDECOM-type body to protect patients’ rights in public-health institutions.