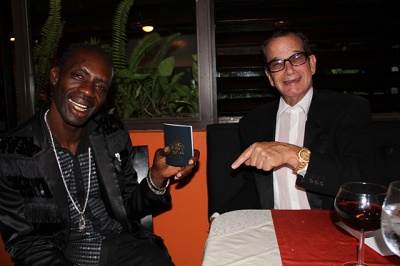 KINGSTON, Jamaica –The Supreme Court has handed down a judgement giving the owners of the popular Downsound recording studio at 43 St Andrew Park, a property zoned for residential use, to return the premises to its original use by September 16.
The decision ends a long battle between the music producers and residents of the east central St Andrew community, over whether the premises should continue as a music studio.
The studio was originally owned by the very successful dancehall producing brothers, Dave and Tony Kelly (Mad House Records), before it was sold in 2002 to current owner, Josef Bogdanovich, an American dancehall music producer and entrepreneur.
Over the past 12 years, Bogdanovich has built the label into one of Jamaica’s most successful dancehall imprints with hits coming from artistes including Khago, Specialist, Fanton Mojah, Ninjaman, Harry Toddler, Foota Hype, Nature and Ishawna.
However, residents in the community continued to protest against its location in the area, and have made several complaints to the local authority, the Kingston and St. Andrew Corporation (KSAC).
The KSAC initiated enforcement action against Downsound in 2002, including site inspections, warning letters and investigations by the National Environment and Planning Agency (NEPA). Following stop and enforcement notices served on the principals of the company in September 2013, KSAC’s attorney pursued the matter in the Supreme Court. Hearings were attended by representatives for all parties, including residents of the community.
On Thursday, the court handed down the judgment that the property is zoned for residential use. The judgement says that the operators of the studio must cease and vacate all studio activities and return the premises to its original residential status by midday, September 16.