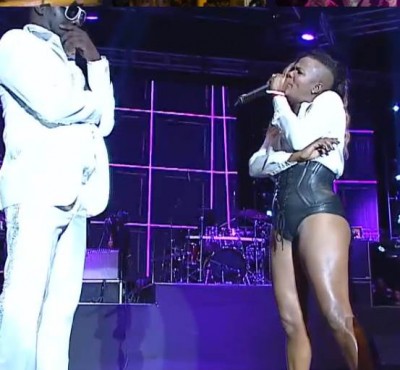 LADY Saw’s latest album Alter Ego debuts at number six on Billboard’s Reggae Album chart with first-week sales of 110 copies.
This is Saw’s fifth entry on the chart. Her last album, 2010’s My Way failed to enter, while 2007’s Walk Out peaked at number eight.
Alter Ego features collaborations with American rapper Flo Rida, Beres Hammond and UB40 singer Ali Campbell.
Elsewhere on the Billboard Reggae Album chart, I Rise by Etana is at number three for the third consecutive week. The album was number one for one week and has sold 1,100 copies to date.
American reggae band SOJA has the number one album with Amid the Noise and Haste. Released in August, it has sold over 22,347 copies.
Canadian reggae band Magic! continues to hold the number one spot on Billboard’s Digital Reggae Singles chart with Rude. The single sold over 19,000 copies last week to bring its haul to just over 2.8 million.